Home Blogs A Soldier's Mother A Soldier’s Mother: Innocent Palestinian Girl Shot by Israeli Troops in Jerusalem
Share on Facebook
Tweet on Twitter
Photo Credit: Flash 90
A 16 year old Palestinian girl died this week. It’s true, she did. CNN will tell you. BBC will attempt to inform you. Reuters will shout it to the world. Even Times of Israel and Haaretz will quickly report this and their reporters will mourn for that innocent child.
That Innocent Child was shot by Israeli soldiers (never mind that the soldiers were not much older than the child). She was an innocent child, the daughter of someone. She’ll never live to marry, to bring children into this world. She’ll never raise them…
It’s true. She won’t. Never raise them with the hatred she was raised with. The hatred that made her pick up a knife and try to stab those Israeli boys…yes, boys. Because fair is fair. If she was a child, so are they. If she was innocent, so are they.
She tried to kill them – they defended themselves. She died. They lived. I’m glad. But that isn’t really the whole story – at least not the one you’ll read about. You’ll hear that she was only 16. That she was killed by Israeli troops. But the story isn’t really about her age, and that’s the problem.
Because she wasn’t really innocent, was she? She is a victim, without question. But a victim of whom? The media will suggest that she was a victim of the soldiers, but she wasn’t. She was a victim of a society that fed her lies, raised her to hate and to die.
And she wasn’t innocent. The minute she agreed to try to take another life, she lost her innocence. And really, she wasn’t a girl anymore. That too is a description that ceased to exist the minute she determined that she wanted to be a killer. At that moment, she became nothing more and nothing less than a terrorist.
So, no matter what you read today, know the truth. A terrorist died yesterday in Israel and I’m so grateful she died alone. Know too, that the minute she picked up that knife, her destiny was sealed. The only question was if anyone else would be hurt or, God forbid, worse. That’s the way it is. A message to any who would raise their weapons against Israelis – soldier or civilian. Try it…and you’ll be stopped, probably injured, maybe…hopefully…dead.
In the last attack at the Damascus Gate, several were stabbed and wounded. This time, the terrorist died alone and so at this moment, there are no Israeli mothers mourning the deaths of their sons or daughters murdered near the Old City in Jerusalem yesterday. As a mother, I wonder what that terrorist’s mother is feeling at this moment and I can’t shake the feeling that if that mother were really mourning tonight, her dead terrorist would still be an innocent Palestinian girl.
Hours before the attack yesterday, my son’s emergency beeper went off. He’s a trained EMT and ambulance driver and often goes out to medical emergencies. A little girl in our neighborhood was hurt and my son went rushing off to see if he could help. He was the first to arrive and began treating the child).
While he was gone, his little daughter told me, “My Abba got a call.” Abba is Hebrew for father; a “call” is her way of saying that her father was rushing off to help someone. When her father’s phone beeps, we stop and wait to see if he will grab a vest or his car keys and go running.
Moments after the attack, his beeper went off again. He checked what was happening but this time, he didn’t go running for his car. “Damascus Gate,” he said almost to himself. “One badly injured.” Ambulances were on the way there, responding with others who volunteer regularly as well but without “eyes” on the attack, first responders were blind and waiting. Multiple ambulances were sent. There’s no telling, in those first moments, how many have been injured.
Slowly the news filtered through. The severely injured turned out to be the only one. One female terrorist. One dead terrorist; no Israelis murdered.
She was 16 years old. My youngest just a few months older. I spoke to her a short time ago. She’s studying hard for her tests; beginning to think about what she’ll do this summer. She wanted me to buy her one of those new things called a “spinner.” She’s madly in love with her three nephews and her niece and loves being an aunt. She’s on her phone for hours at a time. Whatsapp or whatever.
The rest of the world has, by now, learned that one mother in Israel is going to sleep without her daughter tonight. But her daughter wasn’t like my daughter. She wasn’t innocent, that girl who raised a knife yesterday and became a terrorist.
And night settled over Israel yesterday, I couldn’t escape the thought that if that girl wanted to be a martyr and a murderer, maybe what it call comes down to is that her mother wasn’t much of a mother.
Advertisement 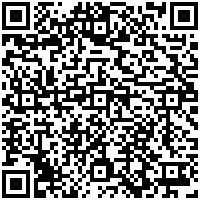