Israel is a land that strives for equality even when equality is, almost by definition, not completely attainable. A man can never give birth, for all that he may want to. And so the law in Israel was that the mother was given maternity leave of up to 14 weeks – with FULL pay. I had three children in the United States and not once did I ever get any paid time off after giving birth…the first time I gave birth in Israel, people told me I’d get my full salary and I thought they were crazy. They told me to go to the National Insurance office, told me what papers to bring, and I did.

And when I walked out, I was shocked. It turns out, not only do they pay me my salary, not only did they hand me several hundred dollars when I left the hospital, but apparently, I hadn’t requested a monthly stipend for my three children from the time I’d moved to Israel. So, I walked out of there with a promise that within the next few days, I would received three months salary, PLUS all the backdated stipends. All in all, it was close to $10,000.


Years after my children were born, people correctly asked why only a mother got paid time off and so the law was changed. The first six weeks are for the mother – to bond, to rest. After that, the couple can decide and either the mother OR the father, can take the remaining 8 weeks of paid “maternity/paternity” leave. But even that wasn’t enough and so in the past few weeks, a new law was passed – mothers still take the first 6 weeks, but fathers can now take up to 8 paid days as paternity leave IN ADDITION to the maternity leave.

For all that people sometimes complain…I think this is an incredible concept and an amazingly positive thing for mothers, fathers, babies and families! 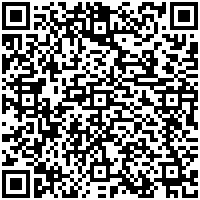