Home Blogs A Soldier's Mother A Soldier’s Mother: Missing the Boy‏
Share on Facebook
Tweet on Twitter
David came home this weekend. He’s got a cold, sore throat…no fever, but clearly tired. A bit sunburned from being outside…tired.

When he first came home, we talked for a few minutes…and then he went downstairs to say hello to Elie and Lauren, but more, in a way, to see his niece. A while later, he came up and went to his room to unpack, do laundry, rest.

I left him mostly to himself on Friday – and he took the time. At one point, my granddaughter came upstairs (she’s an adorable 2 years old) and yelled up the steps, “Veed, come down!”

David…if you say it in Hebrew, as we do, his name sounds like Daveed…in Hebrew, we stress the last second syllable rather than the first and so, for a two year old, Daveed becomes “Veed.”

He was more subdued that usual, mostly because he wasn’t feeling well. He’s had some very hard weeks in the army, spending nights sleeping in the freezing desert…running farther than he has ever run before. Everything is about timing.

The only time he talked a lot was with Elie, or with Elie, Haim, our son-in-law, or BZ, Elie and Lauren’s cousin. They speak the language of the army and that’s the language David is speaking now. I waited to see the boy come out, but he really didn’t. Instead is the man, a bit thinner, a bit tanner, a bit stronger and each time he seems a bit taller.

He will be 20 years old this Wednesday…I won’t see him on his birthday. He called a few minutes ago to tell me that he’s supposed to speak to me to tell me he can’t speak to me. They are ordered to call their parents and even though I know the drill, and knew he wouldn’t be able to call me…he still has to call.

I told him the usual things, that I loved him, stay warm, have a great week…can you take the brownies I baked for you into the field? Be careful…

We said goodbye and I remembered – shoot! I forgot to wish him a happy birthday in advance. Heart heavy once again for yet another missed opportunity, I typed “Forgot to tell you happy birthday for Wednesday.”

It was enough…it will be enough, to get through the day and through the week. I missed the boy this week…I know that as time goes by, he will come back less and less until, perhaps, one day, he’ll be gone completely. I don’t remember it happening so fast with Elie and Shmulik… 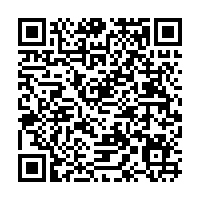