In late December Florida became the fifth US state to pass a resolution condemning the BDS movement. The Florida legislator joined Tennessee, New York, Indiana and Pennsylvania, who all have anti-BDS resolutions on the books. Tennessee Governor Bill Haslam led the way with his resolution, in response to efforts by Proclaiming Justice to the Nations (PJTN), a Christian Zionist organization. An estimated 35 US states are in the process of passing similar resolutions. The US also passed Federal level anti-BDS legislation last summer. 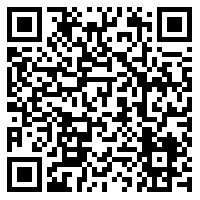