In the Jewish religion, we are taught that Jews do not bow…it isn’t completely true, as any Jew can tell you. We do not bow down on the ground except on Yom Kippur (and the afternoon prayers of Rosh Hashana in preparation for Yom Kippur). On that day, we admit that our lives are subject to the judgment God will make for the coming year and as He is deciding and closing the book on what will happen to us in the year to come, we bow before him as a sign that we yield to His wisdom, His compassion, His supremacy over all things.

Other than that…we don’t bow. When my children were little, I would often remind them not to kneel down on the floor on both knees.

I don’t really understand what the whole argument in/from the NFL is about. I’ve heard different stories. I’ve heard they are trying to protest racial discrimination but have yet to understand how showing disrespect to the flag and the national anthem of the United States accomplishes this.

I’ve heard they are spoiled, over-paid players who are completely out of touch with average Americans – sort of like the media.

I’ve heard that Donald Trump attacked them for “taking a knee” and have to confess that I think it would have been better if he had just left that whole thing alone but more than anything else, this “taking a knee” thing just hits me as strange.

There are “quiet” traditions in Judaism that I love. One is the concept that the relationship we have with God, dating back thousands of years, is one that does not require us to bow before Him. We choose to do so but it was never demanded of us. We pray three times a day, except on Shabbat, when we pray four times and on Yom Kippur when an additional service is added to get to five.

In Islam, a religion that seems to pick and choose its traditions, they pray five times a day and bow – it’s like when they were looking up what he wanted to copy, Mohammed looked at Yom Kippur and said, “Yalla, let’s do that.” And since we fast on Yom Kippur, Mohammed said, “Yalla, let’s fast for a month” – always in an attempt to outdo…whatever.

The bowing thing is just so interesting because not bowing, not “taking a knee” what we are doing is approaching God in the merits of the relationship he had with Abraham and with Moses. Can you argue with God? Heck yes!

Abraham did and so did Moshe Rabbeinu (Moses)

And when God is fed up with the Israelites who cried that they would have been better off staying in Egypt, He offers to make Moshe leader of a great nation and forget about this ungrateful nation and Moshe argues back – if a chair with three legs (Abraham, Isaac and Jacob) cannot stand, how then would a chair with only one leg (him) stand?

The people of Israel don’t “take a knee” – certainly not to anyone other than God…not to our flag, our national anthem. Not to a king, a president, a concept.

Take a knee? I’d rather America take heart. Have faith, America and be strong. You are a land of justice and freedom and you have so much to be proud of.

And football? It’s a violent game with rules that make no sense. It’s a bunch of men smashing their heads together and running back and forth. It isn’t life and the men who play it are not rocket scientists. Their main attributes are the ability to run, get their heads smashed in and still get up, and in some cases, the ability to throw a strangely shaped ball long distances.

They should never have been your heroes; they never should be. The heroes are those who stand for the flag; those who live the words of your national anthem. America is the land of the free and the home of the brave and those football players taking a knee have nothing to do with either of those things.

America is a land of beauty and a land of compassion – and that too is lacking in that sport you call football.

Take heart, America – this business of the knee is not something that should make you angry. It should make you proud that you have correctly realized the silliness of paying these guys millions of dollars to run around a field and think America respects them.

Hearts are filled with love. The only thing knees do is bend. Stand strong, America and take heart. Don’t take a knee! 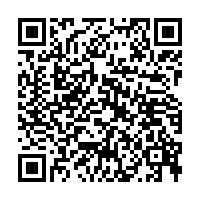