A lone soldier lost his wallet and it was found.

That’s the short story. The longer one is quite amazing because it shows the depth and the love of Israel. The wallet was found, and someone contacted the lone soldier but he’s in basic training and the ridiculous few hours where the place is open…don’t match up with the hours he can get there.


Within a few days, the wallet was moved to a central location for lost and found. An old building in the center of Jerusalem where two women work, beside an electric heater that tries to fight off the chill of a combination of winter and stone.

I explain that I have come for a lone soldier who lost his wallet and we’ve been told it is here. In my mind, as the woman searches through a list, I think of how I can persuade her to give the wallet to me…if it is found. I have conversations with his mother; I have Whatsapp messages from him. I have my identity card…what else could they ask for?

The woman doesn’t see his name…and I begin to wonder how I will explain to him that he will have to replace driver’s licenses, credit cards and more. She takes out a stuffed envelope and opens it. “This is from the Central Bus Station,” she explains as she dumps it onto the desk.

At least six identity cards, a military ID, credit cards and more all come pouring out. “There,” I say with happiness as I point to the military ID.

Only, it isn’t his. She begins to explain that he isn’t listed and it isn’t there. They don’t have it.

I begin again to tell her the story and despite having checked, she begins again to review the list. This time, she sees it. It was the way I said his last name – not an Israeli one – and how she read it.

“Yes!” I tell her and she goes into a room filled with clothes and books and papers and brings back a wallet, as I had said. She begins to look – military ID, driver’s license from a state in the US, credit cards.

“How much money was there?” she asks me.

“One hundred and twenty shekels,” I answer. She pulls out about 15 shekels in change…nothing near the 120 shekels we were expecting.

I was disappointed, but so was she – and then she said, “wait, look. Here inside.” And there it was.

“The poor thing,” she said to me when I was explaining. “He’ll be happy now.”

I told him his mother was worried and that he didn’t even have money to buy himself food and no way to get more money because his bank card was here. For another few minutes, the woman explained to me how wonderful it was that this young man had come to live in Israel and serve in the army, how amazing his parents are that they manage to cope.

She had to write an explanation for me to sign – it included explaining that my son serves in the army now and as she read it to me, she added the blessing, “he should be healthy and safe.”

I gave her my identity card; she asked for my phone number. I began listing other ways they could identify me but she answered that she didn’t need anything else and praised me for taking the time to collect the wallet.

“This is Israel,” she said when I told her I was so happy that everything was still inside.

Yes, indeed – a lost wallet has been found. It was never really lost actually because lost is so much worse. It was always in the hands of people who cared, on its way back to a lone soldier who came to this land to serve. To be returned to him not just with the things inside, but with a blessing of health and safety! 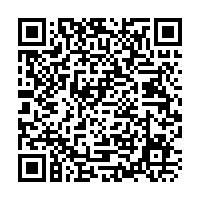