My experience has been usually when someone is arrested for a crime, they probably did it, or were a part of it.

People are debating in Israel about the use of torture and the British law of administrative detention which allows, contrary to American law, for the government to hold an individual without trial or accusation for a specified period of time. In the vast majority of instances, this law has been used to detain Arabs who are suspected of being involved in terror attacks. In recent months, it has been used against Jews and so the debate that at one time seemed to be left against right (left worrying about the Arabs; right focusing on security), now shifts to a new plain.

The left has called for the right to join the fight against Administrative Detention…and some have agreed. I don’t. I think the law is a necessary part of our reality, to be used against Arab, Jew, Christian or Buddhist as needed. The key factor, however, is the “as needed” part. I believe it should only be used against a ticking bomb and that ticking bomb damn well better be ticking.

It’s better than the law in America, which severely restricts police and security in those crucial hours when they know there is someone out there, about to attack and lives will be saved if you can take one element of the chain out of the picture; if you can get more information because the plan has been activated…people are heading out to kill…. At the level of proving in court, perhaps the security forces are lacking but they have enough experience to know…the plan has been activated and people are about to die. Final proof of guilt cannot be made but there is overwhelming information from credible sources. Because this is not legal in the US, the police are in the position that they have to wait until you are killed to stop your murderer. No, thank you.

It’s worse than the law in America because it opens itself up to be abused. It is meant to stop a terrorist or criminal before he launches the attack or before the final elements of his plan can be activated. It should…it must…be based on firm and concrete information.

We believe that more important than catching the terrorist, is stopping him. Life above all. When you know that a known terrorist is planning a major attack, so the priority is to remove the terrorist to a “safe” zone while you find the pieces and dismantle the plan.

Administrative Detention is a drastic measure because it is well recognized that it violates the right of  the one, which is never something a country, a democracy, a land of justice, should do unless the alternative is too horrible to bear. An article I read recently phrased it more clearly when it asked, “how many dead Americans are you willing to accept?” Choose – because that is the choice, or it should be, when things like Administrative Detention or torture are used in a country that prides itself on the morality of its laws, its heritage, its commitment to life and its past, and its hopes for the future.

Three Jewish boys were arrested five months ago and put in Administrative Detention. One is from my neighborhood, has been in my home, was raised by good people, and is the epitome of the human side of this argument. He was taken from his home without any explanation other than that he would be held for six months. All sorts of wild claims were made, but no charges were filed, no evidence produced and last week, after five months, he was released. With no claims, no charges, no evidence – merely a statement that he was a member of what they called a “Jewish terrorist group” and an admission that the so-called “evidence” that the Shabak (Israeli secret security agency) had was “false.”

False? Are you kidding me? You stole 5 months in the life of a barely 18-year-old boy for nothing? On the suspicion of God knows what? And your “evidence” was FALSE? What, are you like new on the job? Have you never heard of the concept of INVESTIGATING?

Several boys…and yes, they are boys because even at 18, a boy is still there…even at 19…even at 20. The man is there. I’ve seen him, watched him evolve. But, God Almighty, 18 is still a boy – even, even, even in Israel where we force them to grow up fast, where the man steps in so much sooner than the mother would like.

I guess, if you can’t provide the evidence in an investigation, you need to interrogate potentially involved people. I get that. I do…but do you need to prevent them from sleeping for THREE days and THREE nights? Do you need to hold them down until they vomit? Is it really necessary to break a boy to the point where he attempts suicide? And if you take it to that level, can you trust the information you are getting? I spoke to someone who has known this side of life for decades

The answer may well be that it depends on what he is suspected of being involved in…and more, how real is the threat he poses? Can you stop the threat by applying house arrest until such time as there is real evidence? Has he done this in the past?

For example, a horrible man tried to stab people at a gay parade more than 10 years ago. He was caught. Luckily, that time, no one died. He was tried on the evidence, sentenced to jail and served his time. He was never rehabilitated. Festering inside this moron was a hate of all things that are different, all things that are not him and so, brilliant police that they are, they released him according to the terms of his sentencing at a time that the judge could never have foreseen…just three weeks before the next gay parade in Jerusalem.

Ten years ago, the judge could not have known ten years ago…but the police should have known a few months ago. So the man got out, collected a knife, and went to the parade and committed the murder he failed to commit the first time. That was a classic case of when Administrative Detention should have been used. He’d done it once; was committed to do it again. He had the perfect opportunity that could have been denied simply by taking his freedom of movement away for three weeks.

On the heels of that shame came another failure. Someone evil went into an Arab village and committed arson…and murder. A perfect, beautiful little Arab child was murdered, his parents died shortly after – a family needlessly destroyed over…over what? That has always been the question. Why? Was it, as so many would like you to believe – a Jewish terrorist attack – perhaps in retaliation for so many Arab attacks…perhaps out of pure hatred…or was it part of a clan war within the village?

Eyewitnesses claim they saw two men…despite this, the police have now indicted one Jewish man and said he acted alone. They indicted him months and months after three Jewish boys were put in Administrative Detention, months after several other boys were arrested but never charged, refused the right to see lawyers or family, and yes, tortured by lack of sleep and beatings. The embarrassed police were embarrassed no more. They were feeding the media – we know who did it, but we don’t have the evidence yet.

Wait, if you don’t have the evidence, how do you know who did it?

We have the evidence but it isn’t good enough to show anyone yet, the authorities seemed to be saying. But that was just an excuse. Israel has a solution for this. We are a democracy, a land of justice. If you have evidence and you don’t want to release it, show it to a judge. They showed something to the judges…who ordered several of the boys released already. No evidence. No justification.

This has been happening for weeks in Israel. Last night, a woman stopped me to tell me that I should speak to her husband. For many years, the subject of interrogation and torture has been not only a study of his, but his work as well. Torture doesn’t ensure a positive outcome, she said. Even in cases where someone is a ticking bomb. There are other methods that could be used, particularly in this case, when these are not ticking bombs.

So many comments, by people who I once thought were intelligent enough to know better. Such assumptions, the epitome of what Judaism does not encourage. We are commanded to give someone the benefit of the doubt, to assume the best unless or until the worst is proven. In short, just as innocent until proven guilty is a cornerstone of a democracy, working hard to believe the best of someone is a cornerstone of Judaism. Only now that is being abandoned by so many who claim to live their lives according to Judaism, and it is painful to watch.

But by far, the most outlandish thing I saw was a “radio host” – who is quick to point out that he is not a “journalist” published his opinion – the boy/man who has been arrested and indicted is a monster. Well, he might be – and he might not be. Certainly, the young man’s wife and family don’t think he is. His wife says he was with her on the night of the attack…it is for the Shabak to prove right or wrong but currently, there’s his alibi.

So, in short – I have always been a firm believer in the most basic of principles within a just society and that is that a person is innocent until proven guilty. Not by public opinion, not by radio hosts, not by those who want to boost their ratings or have agendas of their own. That is the beauty of American law and Israel’s justice system as well.

That anyone could write, “My experience has been usually when someone is arrested for a crime, they probably did it, or were a part of it” is a betrayal of the foundations of this country and our religion. Your experience? You’re a radio talk show host, for God’s sake. What experience do you have? 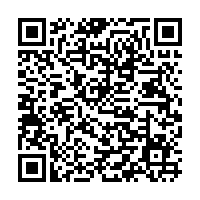