So here’s the deal…
If you attack policemen…you are going to get hurt.
If you attack policemen…and you get hurt…don’t be surprised.
If you attack policemen…you get hurt…and you are stupid.
Let me explain one more thing. No matter what you hear on the news or you hear from Arab leaders, what happened is this….
3,000 years ago, Jerusalem was the capital of Judea (Judea…like Judaism and like Jews)…
3,000 years later, Jerusalem is the capital of Israel.
3000 years from now, Jerusalem will STILL be the capital of Israel.
Now that we have that clear, let me tell you one more thing.
Two weeks ago, the Arabs broke the status quo – they smuggled weapons onto the Temple Mount (a holy site where both or our Temples were built and destroyed and upon that, THEY built a mosque…as they love to do – building on other people’s history to deny it). They shot and killed two policemen, proving that security was not sufficient and so Israel increased the security by installing metal detectors and cameras…just like they have in the United Nations; just like they have in Mecca; just like they have in the Vatican; just like they have in the White House.
Last week, an Arab went into a Jewish home and murdered a grandfather and two of his children…today, the grandson of that man was named – Ari Yosef …Yosef, for his murdered grandfather.
When the metal detectors went up, the Arabs decided…read that again…the ARABS DECIDED to boycott the Temple Mount. THEY decided they would not go up…
Many went up – they were not stopped. Israel, unlike Jordan and unlike the Palestinians, practices freedom of religion and so we allow…read that again…WE ALLOW all religions…well, except Jews…to pray on the Temple Mount.
Today, Arabs went up again on the Temple Mount…to pray? No…of course not…they went to riot, they went to attack police and as of the last count, 97 have been wounded.
If you attack policemen…you are going to get hurt.
They called for a day of bloodshed and rage. The rage is theirs and ours; the bloodshed will be theirs. Today, hundreds of people…including me…stood and cried…as an infant was given the name of his father. Last week, Yosef was murdered…today, Ari Yosef lives. He is held in the arms of his parents, in the arms of his grandmother. Today, he is held in the hearts and arms of a nation that will not surrender and will not be defeated.
Am Yisrael Chai – the nation of Israel lives. And if that bothers the Arabs – so what.
Advertisement 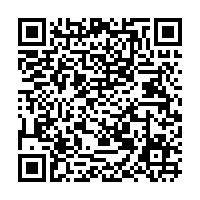