Home Blogs A Soldier's Mother A Soldier’s Mother: What Next Summer Will Bring…
Share on Facebook
Tweet on Twitter
How many times in my life have I counted ahead, months in advance? The minute I knew I was pregnant…each time…I counted ahead…this is what September will bring, May and March, and finally January (twice). This is how far each holiday is, this is when the summer break will come.

Last summer, there was no war…already they are talking about a war this coming summer. Hezbollah has increased the number of missiles pointed at Israel; Hamas is working hard to rebuild the tunnel infrastructure.


And as friends on Facebook post about the increased tunnel-digging activity, a few mentioned next summer as the most likely time for the next war…and my heart died a little. I don’t know if Davidi’s group will be ready for war by the summer…but I do know that unlike Elie’s group, which was stationed outside of Gaza firing artillery at designated targets…David’s unit is the one that goes in…

I know this isn’t about me…but that’s why I started this blog…from the start, it has been a soundproof room where I could go and scream with all my lungs…only the soundproofing leaked and the walls have holes. Some of my kids read some of the posts; my parents, maybe some of my in-laws. I can’t scream anymore. I have to smile and act like I know what I’m doing but I don’t. I’ll never really get this army thing. I don’t…I can’t handle David going to war. I didn’t think I could handle Elie going to war…I did, somehow…twice. Davidi will be the same age but it isn’t about age.

I can’t explain. I can’t scream here anymore. Too many are listening. But Hamas is building tunnels…they are preparing for the next war and so, in a way, are we. We are training our sons…they are training my son. They are teaching him to fight, to shoot, to search and enter buildings. But the buildings they are practicing for are in Gaza and I don’t want him there.

I know I signed up for this when I boarded that plane and I’m not sorry and I’ll never, God willing, be sorry…but please God, not next summer…Let next summer come in peace and let it go in peace.

Please flood the tunnels; let them all collapse. Let the missiles they fire land inside their borders; let them explode themselves. Please God, not next summer. 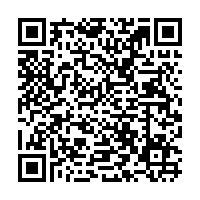