Shortly before I traveled on business to Germany, I asked my husband to fix the chain on the beautiful Jewish star he had bought me years ago. I wanted…I needed…to take that star with me. While there, I didn’t have to say a word. The pretty star spoke for me. This is who I am. I have come to Germany and I am a Jew. As it turns out, the star pretty much told Germans that I was Israeli as well. Somewhere during those days attending the conference, I began to understand my own thinking. At first, I didn’t know why it was so important to wear the Jewish star but then it came to me. Where once, Germany had labeled Jews, now I freely chose to label myself.

There is nothing shameful about being labeled as a Jew, as an Israeli, a wife, a mother. The shame comes, perhaps, in the intent of the “labeler.” For me, that was a revelation. I had grown up with the image of the yellow star and the word “Jude” that Jews were forced to sew on to their clothing.

There is the image, forever ingrained of Jews during World War II wearing clothes with the Jewish star and in some way, I took that attempt to humiliate and label us back, by willingly and proudly labeling myself. Unintentional, but something that I needed to do for myself.

And yesterday, I saw a picture of the Prime Minister of the Jewish State of Israel beside a security fence that is intended to “surround entire state with a fence.” He stood there with the IDF Chief of Staff and explained how this ultra-techie fence will surround us and protect us from those who mean us harm. No, it won’t protect us from the enemies within, but it will protect us from those seeking to infiltrate. Initially, it is starting along the Jordanian border and then will encircle Israel. 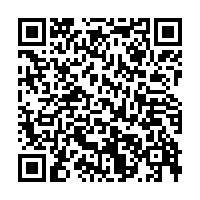