I hate that road with a passion; I fear it. I dread it. Unless the road suddenly takes a turn, we are headed again for war. One could incorrectly say that it started when (or because) Israel bombed a tunnel but the truth is, it started because the Palestinians in Gaza once again dug a tunnel under their border and into our land.

And as any nation would do, we blew that tunnel into the next century. We didn’t know that their diggers were still there; we didn’t know some of the Hamas leaders would stupidly run into a tunnel that had just been blown up. Within the tunnel were some sort of explosives and these caused a secondary explosion that killed the other Hamas terrorists.


Hamas says our attack was unprovoked. What they mean is – we didn’t call them up and tell them that we were going to bomb the tunnel that they were building so that they could attack us. The absurdity of what is happening now lies exclusively at the feet of Hamas.

They and Islamic Jihad are bound and determined to attack Israel to “retaliate”.  Hamas has raised their level of alert to the highest level – what that means to them is that their leaders are likely going underground to hide and their training grounds are being evacuated.

Israel has raised its level of alert to the highest level – what that means is that we have moved the Iron Dome anti-missile components in place to protect all of Israel. What that means is that the army is placing temporary bomb shelters in streets so that in the case of a sudden missile attack, people have where to run.

Reports are coming in. I won’t detail them here. Instead, I’ll do what I do best – I’ll write about feelings. I’m worried. I don’t want to go on the road called War ever again. I’m not even sure how many times I’ve been on it.

I think the first was the Second Gulf War. We prepared sealed rooms; we put gas masks on our children…and then waited and prayed and with so much gratitude to God, we were spared. So perhaps that was, as I once wrote, not so much a war as an “almost war.” We’ve had a lot of those, too many to count.

The Second Lebanon War was real and intense. It took place hours to the north but like all of Israel, we watched, waited, prayed. Then there was the first Gaza War – in which Elie fought, Cast Lead, it was called by the army but it was war to me.

Four years later, Elie was called up again. Operation Amud Annan – I forget what they called it in English. Then there was Protective Edge – the third Gaza war in the last 10 years. Are we now preparing for the fourth? So, I’ve been in “only” five wars…I’m probably forgetting something but it doesn’t really matter.

What matters most is staying off that miserable road. In fact, the only thing that matters more than staying off it – is refusing to go when we have no choice, when the danger to our country requires us to answer back.

So for now, I read that it is permitted to publish that one of the Iron Dome batteries have been placed in the Gush Dan (wider Tel Aviv) area. I follow the news just a little more than I usually do…I count the days until my son finishes with a bit more fear. I watch. I wait. I pray. And as always, the scariest part of all is knowing that the next turn in the road isn’t necessarily up to us. 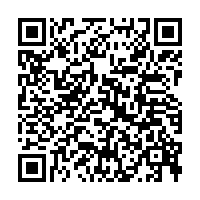