Have you ever dreamed of writing the great American novel? How about the great Israeli play?
I’ve decided to write it…here’s Act 1, Act 2, and Act 3…

Ahmed is bearded with a bit of a belly and his teeth darkened by too much Turkish coffee and too much sugar. At 25, he is the oldest of the three and somewhat the ring-leader. He needs to make a dentist appointment, but like many, he simply can’t stand dentists.

Mahmoud, who is 23 and filled with the need to do something, is sitting to Ahmed’s left. He was just fired from his job and hasn’t yet told his wife, so he comes each morning to sit at the cafe until it is time to go home and pretend he is exhausted.

Mohammed, is 21 and though it is unusually hot for March, has decided to wear his new leather jacket. His back is slick with sweat and he isn’t happy about drinking the Turkish coffee until it cools down. He’s been thinking about ways to get back at his father’s brother, who has refused to allow Mohammed to marry his 16 year old cousin.

Ahmed has an idea – it will bring them glory, maybe money, and definitely attention. He needs three people to pull it off…first, they have to decide fairly who will do what. “Okay, at the count of three, hold your hand out with your coffee. Let’s see who can hold it longer,” Ahmed says.

All three men pick up their cups of coffee and hold them over the center of the table, as Middle Eastern music plays in the background. Enter Fatima, a beautiful Arab woman modestly dressed with extremely tight jeans, a hot pink shirt with a plunging neckline, and a matching pink hijab that seductively covers her neck and ears. Mohammed turns to watch her as she walks past and pours his coffee on the table.

Mahmoud screams at him, “Kol Khara, would you watch what you’re doing!” Mohammed realizes what he has done as Fatima moves off into the distance. He is annoyed at Mahmoud and decides to say something about Mahmoud’s mother. Mahmoud gets angry and shoves Mohammed’s arm. Mohammed drops his coffee to the table and as it splashes and runs down the side of the table, Ahmed speaks up.

“So it is settled, I will hold the video camera for B’tselem; you’ll both go stab a soldier. Pick one, but make sure you face this way so the camera can see you. If they shoot you, fall in the middle of the road so I have a clear view. Don’t go stumbling down the alley,” Ahmed warned his friends.

Scene: A street in Hebron, Israel; two Israeli jeeps are on patrol. They are now parked by the edge of the road; the soldiers standing outside looking around. One soldier slips his phone out of his pocket and leans towards another to show him something.

Mohammed and Mahmoud, now referred to as M&M walk past the army soldiers. They signal to Ahmed, who begins filming innocently and purely coincidentally. M&M pull out knives and stab one soldier. The other soldiers shout an alert; in seconds, Mahmoud is shot.

“Damn him and his camel,” Ahmed says from behind the camera. “Didn’t I tell them to fall in the middle of the street! Idiot! He’s partially behind the truck!” He swings the camera around to focus on Mohammed.

Mohammed has been shot as well, but at least he has obediently staggered to the middle of the street before falling to the ground. Ahmed keeps the video on Mohammed. Mahmoud can rot, as far as he is concerned. “Lucky he is dead! He’ll never be in one of my videos again!”

Ahmed watches as an Israel soldier walks up to Mohammed, whose leather jacket is still closed to the neck and looks quite elegant. Ahmed hears the medic call out, “Watch out. He moved. He might have a bomb.”

Ahmed keeps the camera rolling as the soldier shoots Mohammed in the head; Ahmed focuses on the blood. What amazing acting! What a hero! Ahmed rushes off to edit the video. He needs to cut out the scene where M&M stabbed the soldier and where idiot Mahmoud went off to fall behind the car…but he is so proud of Mohammed. What a martyr!

Act 3: The Accusation and the Betrayal

Scene: Images from the internet splash across the back wall of the theater. “Guilty,” “Execution,” “Assassination,” “Rot in Jail,” and more headlines fill the screen, while Ahmed sits left stage in the cafe drinking more Turkish coffee. He really needs to call the dentist.

Ahmed’s edited video has been released to the public and is shown to the audience. As expected, Israel’s media falls for the trick immediately, lashing out that the soldier is a murderer, beating their breasts in shame; and, of course, demanding that the soldier be punished. Ahmed has an unexpected boost from clips of the Prime Minister and Defense Minister both condemning the soldier and promising justice will be done. The media rallies to abandon the soldier and condemn him.

Surrounding the video is a montage of voices condemning the soldier. Some call for all sides to wait until the evidence is in. As the voices and headlines fade, a single light focuses on a woman as she slowly walks to center stage and looks around, She is the mother of the soldier who shot Mohammed. She faces the audience.

“What of democracy? What of innocent until proven guilty? How can the commanding officer say the terrorist was neutralized when his leather jacket was still buttoned closed…and why, on such a hot day, was he even wearing a leather jacket? My son is a medic. He’s 19 years old. He did nothing wrong. He shot a terrorist. I’d rather have him in jail than have him in the ground.”

The mother walks to the right side of the stage, as another actor walks to center stage, “I’m a medic. I was there. I called out to warn the soldier. I thought the terrorist had a bomb. Why won’t they listen to me? If he’d been cleared, I would have had to treat him…but I didn’t have to, did I? Because he wasn’t cleared. Why won’t they listen to me?”

The medic walks to the right side of the stage beside the soldier’s mother, as the Division Commander walks to center. “We didn’t train for this scenario. How could a young soldier know what to do? We didn’t follow protocol…we didn’t act fast enough to secure the area after the terrorist stabbed one of our soldiers. Why do they judge the soldier so quickly before they even asked me? I heard the medics…I was worried that the terrorist had a bomb too. Why won’t they listen?

The Division Commander walks to stand beside the others as the Platoon Commander steps to center stage. “The media is reporting that I said the terrorist has been neutralized. When did I say that? I said I’d checked him but do I look like bomb detection expert?  If he’d been neutralized, would his leather jacket still be closed all the way? And why was he wearing a leather jacket?”

The Military Judge walks to center stage, “It is too early to know what happened. Both sides are credible. Murder this is not. Execution this is not. Did the soldier act properly? That’s why there will be a trial. That’s why we are a democracy. Why won’t anyone wait until we finish our work? How can you judge when you don’t know the evidence. I know the evidence and I will not judge. Not yet.”

Stage left: The soldier is sitting in prison gazing out the window.

Center stage has been set with many couches, a small coffee table. Ahmed is sitting with Mohammed’s father, known as Abu Mohammed because Mohammed was his eldest son. His other sons are sitting nearby. Mohammed’s mother is sitting in the kitchen.

Ahmed turns to Abu Mohammed, “you need to get involved. Demand that the Israelis apologize for killing Mohammed.”

“But he stabbed a soldier, how can I ask them to apologize? What did you expect them to do? Whose stupid idea was this?”

“Don’t worry – the media will support you,” Ahmed assures him. “Demand they apologize…no, wait, better. Threaten that you are going to take them to court!”

“Are you mad? That will cost us a fortune and they might come and destroy our house. Aren’t we better off saying that we don’t support what Mohammed did?”

“Anta kalbee,” Ahmed curses (you’re my dog). “Assam Alyakom” (death should be upon you). Ahmed thought for a minute, “You can do this. Just get your wife to wail a lot. Call Haaretz and get one of their reporters to come here and interview you. ”

The scene fades as Ahmed and Abu Mohammed discuss future videos and the chance for more of Abu Mohammed’s other sons to star in them.

Act 5: The Streets of Israel

The soldier is now at left stage, being detained on base rather than prison…there are drinks and cake on the bench on the side. Through the window, another soldier leans in and hands his phone to the soldier and they speak quietly.

Right stage is Ahmed being led off by the police, who are now investigating the amazing coincidence of having a B’tselem videographer right there at that moment to capture the video.

Center stage are dozens of people waving Israeli flags with signs “Support our Soldier,” “A Terrorist is not a Victim” and “If you don’t want to be shot, don’t stab our soldiers”.

A voice comes on, Israel radio announcement. “The courts have made it clear that it will not entertain any charges of murder. They state there is not enough evidence to convict and clear evidence that the true story may never be known. Government and army representative are urging everyone to allow the judicial system to render judgment. Meanwhile, across Israel, support for the soldier has grown in the face of rising evidence that the soldier and others believed the terrorist to be an ongoing threat, and acted accordingly.”

As the lights fade, you hear the Chief of Staff stating, “if the soldier believed he was in danger, he acted properly.”

Just as the stage falls into complete darkness, the voice of the soldier’s mother is heard, “My son is a medic. He’s 19 years old. He did nothing wrong. He shot a terrorist. I’d rather have him in jail than have him in the ground.” 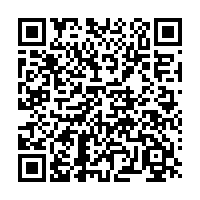