Home Blogs A Soldier's Mother Bragging about Israel‏
Share on Facebook
Tweet on Twitter
Photo Credit: IDF Spokesperson
On Twitter and on this blog, I’ve had some complaints. Apparently, it bothers people that Israel is bragging (if that’s what we’re doing)…about the help we are sending to Nepal.I’ve tried to explain – we are a nation constantly accused of doing the worst things imaginable, today’s modern-day Nazis, some call us…a claim the Germans, especially, love to use because in attempting to make us look bad, in some twisted way, they think that makes what they did explainable, excusable, whatever.

So, since the world loves to assume the worst, we tend to work harder to offer a balanced picture. Those who condemn Israel, amazingly, don’t speak of Syria, the Congo, Yemen, and so many other places where men and women are tormented, abused, murdered….only Israel, always Israel.

So, what is the world doing for Nepal…what has it done so far, days after this horrific accident?


Well, the London Guardian posted this:

Let’s see how BBC handles it:

And BBC added a list of dead or missing foreigners:

What’s missing from these reports?

Well, from the last part, Israel has been searching for 250 missing Israelis…earlier today we were down to about 120 missing, last count, we’re still missing about 50. Why are we less important than the other nations? Colombia is missing 7…but Israel isn’t worthy of even a mention…

And what else is missing from both of the above.

Well, while the pope is praying and the others are planning and WILL send aid…this is what Israel has DONE: 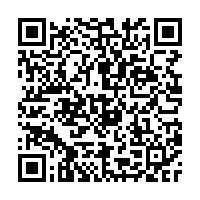