They are rushing to the front of my city, my beautiful Jerusalem. Another ramming attack at a place that is, once again, minutes from my office. The entrance to our city. It’s a stupid bridge, whimsical, weird. And there are many injured – rammed by someone who wants to take from us our freedom to create and enjoy whimsical things.

It’s a cruel attack – is there one that isn’t? And yet, today was planned carefully to take away the glory of the last day of Chanukah, when people are holding on to the last few hours of holiday with their children. So many people walking in the streets, taking the train, waiting for buses. Jerusalem is full…and the terrorist knew that. As I walked to work this morning I thought of how full the streets are. Now there are people injured and the sirens are the ambulances rushing to help them. Israel goes by the scoop and run method – if they can be transported, move them now. Stabilize and move…get them to the hospital.

It’s cold outside. My heart aches. It was raining so hard this morning but it’s the last day of vacation before months of school and work and so yesterday I took Aliza shopping and we bought donuts because that’s what Israelis do on Chanukah – we eat oily foods and promise ourselves we’ll walk it off…and so last night, I helped put my oldest and youngest grandchildren to sleep and then I walked home…

And I still hear the sirens. I don’t want to hear them anymore. I’ve heard so many. And in minutes, because that’s the way the world works now, the first image – uncensored so painful to watch.

The car, the neutralized terrorist, and the injured being evacuated…nine people injured – one in critical condition. First it was 10, now they say 9…Minutes from the main ambulance station, just across the street from the central bus station.

I hear the sirens and my heart cries. Jerusalem again…

Now they say 8 injured – one moderately and the rest lightly. It’s too early to really know; the numbers will flow until it settles…some reports say a baby is among the injured.

I am left with the pain and the anger. I am left in despair…but interestingly enough, I am not left with hatred. I don’t hate these terrorists who come to this city that I love, to all the places they have hit in the last few months. Hatred is the wrong word. I am angry and sickened by what must be inside these people. Hatred is somewhat mindless and an emotion that is often out of control. It is they that hate, they who celebrate death. They who ram cars into innocent people, seek out the weak and the helpless to kill. They thrive on hatred. That is not me. That is not how I have raised my children. So I choose the word anger, but an anger so deep that it can take away my breath until the sadness pushes it away for a few minutes.

Perhaps, for now, there is such sadness. The sirens have stopped but the pain has only begun. 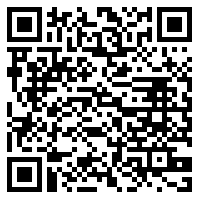