“We are deeply concerned about recent violence and escalating tensions in the West Bank and Jerusalem. The United States condemns in the strongest possible terms violence against Israelis and Palestinian civilians.

We call upon all parties to take affirmative steps to restore calm and refrain from actions and rhetoric that would further inflame tensions in that region of the world.” — Josh Earnest

I hope it’s okay that I call you by your first name. In Israel, we are much more informal than the US. Many kids here call their teachers by their first names; soldiers call their commanding officers that way. Hell, we even call the Prime Minister by his nickname!


So, I heard your recent statement about the..um…violence in Israel and I just had to write to tell you. Josh, you’re an idiot.

The US is deeply concerned? Glad to hear it and I can assure you that no one, no one is as concerned as the Israelis. Here we are, trying to live our lives as normally as possible when all of a sudden, some lunatic maniac extremist knife-wielding person comes out of nowhere and starts stabbing people!

You said, “The United States condemns in the strongest possible terms violence against Israelis and Palestinian civilians.” Well, that’s fine and cute but anything but fair. Did you happen to notice that the Palestinian civilians were carrying knives and placing them, not very gently, into Israelis? Usually their backs?

Then, you went from dumb to stupid, “We call upon all parties to take affirmative steps to restore calm.” Um…so far, our actions have focused primarily on shooting the terrorists…I mean Palestinian civilians sticking knives into Israelis. But you may have something there…so what you are saying is that restoring calm is very important, right?

Sadly, the only sure-fire way to do that now is to take steps that we are hesitant to take. See, we can’t really know which Arab has a knife until he or she uncovers it, raises it in the air, and prepares to plunge it into someone. At that moment, with the assistance of gravity, restoring calm is probably not realistic. So, to get to that calm place you’re thinking of, we’d have to get there before the knife is uncovered.

If you really feel that we need to take steps to restore the calm, what that amounts to, at this moment, is keeping the Arabs who are attacking Israelis out of arms reach – so they can’t stretch out their arms and stab Israelis. But, as you have probably guessed, you can’t really tell which Arabs are going to stab and which are simply in our cities to shop, seek medical treatments, work in any number of places…so you see, to keep out the terrorists completely, we’d have to keep the Arabs out of our cities as well. Surely that isn’t what you are suggesting, right?

I’m wondering whether you are naive enough to think we can continue to live with these endless attacks, this violence brought into our cities by people who are completely taking advantage of the open nature of our society. The fact is, we cannot “get along” with the Palestinians so long as every answer they have for not getting all that they want involves a violent response. 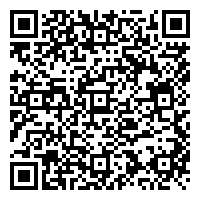