The New Israel Fund has issued a press release in response to the terror taking place in Israel which can be summarized as terrorism is bad, but its Israel to blame.

One can read it in full on their website, or skim the excerpts:


“Let us not bury our heads in the sand. When Palestinians have no hope for an end to forty-eight years of occupation, the waves of individual and collective violence will most likely continue. Therefore, despite the pain of the past few weeks, the Israeli government’s most urgent task is to work towards promoting a diplomatic solution of the core issues of the conflict. Neither repression of protest nor boycotts of Israel’s Arab minority nor collective punishment will result in greater peace and safety. Expanding the building of settlements in the occupied territories cannot be the answer to violence, and indeed will only spur more terrorist activity.”

Basically, they say Israel is to blame. The New Israel Fund naturally don’t address the fact that in 1948, 1956 and 1967 there were no settlements that the Palestinian Arabs could blame for the terror.

Yet, this is The New Israel Fund, an organization devoted to blaming Israel – and backed by American Jews including Barbara & Eric Dobkin, The Lopatin Family Foundation, Carole and Saul Zabar, The Jewish Communal Fund and others – and while Israel is under attack, American Jews keep funding Israel’s enemies. They claim to care deeply about Israel – how can they continue funding this organization? What more can be said?

Ze’ev Jabotinsky asked many years ago, “What interest can the Jewish nation have in individuals whose supreme pride consists in the fact that they have renounced their own people? The bitter root of our shame and our suffering is that we do not give our own people the full love of a patriot. It would be better if we did not love our people at all, if we were unconcerned as to whether it existed or had disappeared, rather than that we should love it halfway which means to despise it.” 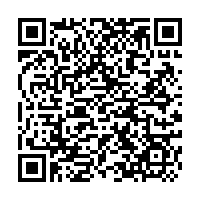