Home Blogs A Soldier's Mother So, hey, yeah…we have nuclear weapons
Share on Facebook
Tweet on Twitter
Photo Credit:
Years ago, my mother was speaking in front of a high school class of Austrians contemplating their final year in school and not so very interested in a little country in a far off place. Most years, the graduating class chose to go to nearby Italy and explore the Alps.

My mother found the class a bit inattentive, a bit distracted and perhaps even a bit condescending about the message she was sharing. Midstream, she decided to change course.

“Israel has nuclear weapons,” she told the suddenly-interested class, “and we aren’t afraid to use them if we have to.” She looked around, aware that they were quieter than they had been, “Does that frighten you?” she asked.


Several nodded and she added, “good.”

For the past 24 hours, after hearing that the United States, under the leadership of Barack Hussein Obama, deliberately stabbed Israel in the back by releasing documents that confirm what most of the world has known or suspected for decades, I was rendered mute with anger. Every post I thought of making usually included at least one four letter word and often many of them.

And so I waited and thought and then I remembered my mother speaking before the Austrian kids who then decided rather than visit Italy, they would take their senior class trip to Israel.

When the world is a bit condescending, antagonistic and certainly against Israel in so many ways, perhaps the United States unwittingly did us a favor. The word is out. Israel has nuclear weapons.

Does that scare you? 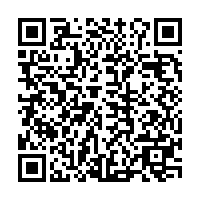