America is under (cognitive) attack, almost certainly by Russia. The threat is very real and has already done a great deal of damage. Americans have almost certainly already died as a result, and the eleven Jewish victims of the Pittsburgh synagogue massacre could be the latest.


The liberal media likes to suggest that Russia has “intervened in US elections” to benefit Donald Trump. Conservatives tend to say that the whole thing is a story made up by liberals. Both are likely wrong.

But something else is going on, and has been for decades, something more dangerous than trying to influence an election (even Obama did that to Israel). There is a serious effort being made by Russian actors to influence the social and political atmosphere in the US. I have seen no evidence that the intent is primarily, or even at all, to elect a particular candidate or party. Rather, the objective of the campaign is to destabilize the country by encouraging extremism of both the Right and the Left, to exacerbate racial, religious, and class conflict, to stoke anger, increase polarization, encourage violence, and ultimately bring about the virtual or actual secession of segments of the population from the USA.

In other words, to make the country fly apart.

The Russians are the world’s experts in cognitive warfare. The Soviets deployed it against the US starting in the 1930s, but their recent weaponization of social media has served to make it a hundred or a thousand times more effective. Eric Frank Russell’s 1957 science fiction novel “Wasp,” which I described here, written long before social media was a gleam in anyone’s eye, explains how it works.

Let me quote a recent Reuters report describing the campaign against the US being waged today. I have deleted some references to alleged intervention into elections, which make it harder to see the overall pattern:

One clear sign of the continued Russian commitment to disrupting American political life came out in charges unsealed last month against a Russian woman who serves as an accountant at a St. Petersburg company known as the Internet Research Agency. …

The indictment said the Internet Research Agency used fake social media accounts to post on both sides of politically charged issues including race, gun control and immigration. The instructions were detailed, down to how to mock particular politicians during a specific news cycle. …

If the goals of spreading divisive content have remained the same, the methods have evolved in multiple ways, researchers say. For one, there has been less reliance on pure fiction. People have been sensitized to look for completely false stories, and Facebook has been using outside fact-checkers to at least slow their spread on its pages. …

Instead, Russian accounts have been amplifying stories and internet “memes” that initially came from the U.S. far left or far right. Such postings seem more authentic, are harder to identify as foreign, and are easier to produce than made-up stories. …

One of their objectives is to widen the black/white divide. Blacks are sent the message that they are oppressed, and whites that blacks unfairly get special treatment. There is some truth in both of these contentions – there always is, in good propaganda – but the nature of the messaging is to create anger, indignation, and alienation on both sides.

Almost any controversy can provide an opportunity to fan the flames of anger and hatred. Automated Russian social media “bots” even targeted the debate about vaccinating children against disease.

Jew-hatred is another area that has received a great deal of attention by social media bots. One study indicated that almost 30% of antisemitic tweets in the past year came from bots. Were they Russian-operated? It’s not known for sure, but Russia has been using Jew-hatred as part of its cognitive warfare arsenal since The Protocols of the Elders of Zion was promulgated as a tool to discredit the Bolsheviks around the turn of the 20th century.

Robert Bowers, the Pittsburgh terrorist, was furious about what he believed was a Jewish conspiracy to bring illegal immigrants into the US. His last social media post on Gab (a Twitter alternative that catered to racists, Jew-haters and similar types who would be likely to have their real Twitter accounts shut down) mentioned HIAS, a Jewish organization that aids the resettlement of immigrants in the US. Another congregation that met in the Tree of Life synagogue building had hosted a HIAS event a few weeks prior to the attack. In a sense, the meme about a Jewish plot to dispossess the white race by flooding the country with immigrants provided the ideological impetus for the mass murder.

The meme is a continuation of a theme that may be as old as Jew-hatred itself: the Jew is seen as “mongrelizing” whatever racial or ethnic group the Jew-hater belongs to. Sometimes, as in Nazi Germany, it was the Jew himself that wanted to “pollute” the “pure” German race, and so laws needed to be passed to forbid intercourse between Jews and “Aryans.” During the civil rights movement in America, “Jewish agitators” were accused of supporting integration because it would inevitably lead to interracial sex and marriage, which would be a tragedy for “Southern white womanhood.” Today the alien elements are Hispanics from Central and South America, or Muslims from the Middle East or Africa, but the idea is the same. And its power to evoke violence is apparently undiminished from 1964, when it impelled Klan members in Neshoba County, Mississippi, to brutally murder civil rights workers Chaney, Goodman, and Schwerner (the latter two, of course, being Jewish).

The idea of racial pollution did not need to be introduced by a Russian bot, but Bowers and likeminded friends spent a lot of time bouncing ideas like this off one another on social media, which has been turned into an echo chamber for extremists of all kinds – to a great extent by careful prodding from the cognitive warfare experts based at the Russian Internet Research Agency or similar institutions.

While Bowers ultimately bears responsibility for his act and may receive a well-deserved death sentence, there is a sense in which the eleven Jews who were murdered in Pittsburgh were casualties of cognitive warfare directed at the US by a foreign enemy.

Unfortunately for Bowers, “the bots made me do it” is not recognized as a legitimate excuse in federal court. 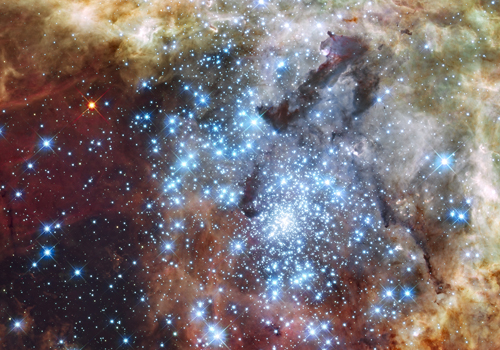