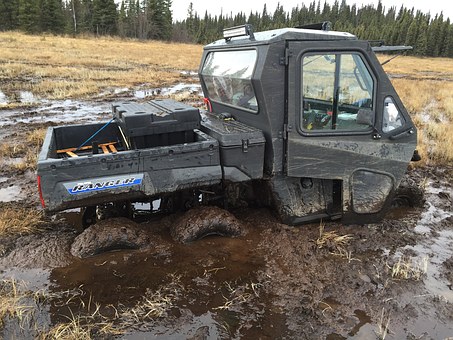 In my last post, I wrote that coexistence between Jews and Arabs in the Land of Israel was impossible. Since then, I’ve been told that I’m wrong – it’s necessary. The alternative to coexistence is said to be civil war, a war that will destroy our country. There’s no doubt that such a war would be terrible indeed. But if I’m right, then my critics are looking at it from the wrong direction. Rather than trying and failing to live together with the Arabs, we need to find a way to live apart from the Arabs without precipitating a disastrous war.

Why do I think coexistence is impossible? Because – as has been demonstrated conclusively in the last few weeks – the combination of the nature of Arab culture, combined with the all-pervasive Palestinian narrative, the well-organized and financed anti-Zionist forces, and the effective use of media, especially social media, make it so.


Let me make it clear at the outset that I am talking about all of the Land of Israel, by which I mean all the land between the river and the sea, from the Golan to the border with Egypt. My argument is that if coexistence between Arabs and Jews is failing within the boundaries of pre-1967 Israel, then a fortiori (or kal v’homer) it cannot succeed within the larger boundaries of all the Land of Israel.

Let’s see how the various factors combined to create a perfect storm of conflict.

First, there is in the background the narrative. The narrative says that the Jews have stolen the land from the Arabs, and the state is illegitimate. “The Occupation” means the Jewish sovereignty that was established in 1948, and the narrative says that justice requires that the Arabs get back what the Jews took from them; as a corollary, whatever Arabs have to do to get it is legitimate. They are the “original owners of the land” and the Jews are foreign conquerors. This is believed by close to 100% of the Arabs living in the Land of Israel. Some of them prefer to join organizations like Hamas, Fatah, the PFLP, or Islamic Jihad, and fight. Others tend their own gardens, work and take care of their families. But all of them believe the narrative, and most believe that the Jewish presence in “their” land is only temporary.

The narrative postulates a “Palestinian people” that goes back centuries in the land. That is a fiction. Only a few Palestinians can trace their antecedents before about 1830, not so long before the Zionist “invasion.” But since the mid-1960s, the disparate Arabic-speaking people in the land of Israel have begun to define themselves as a people, analogous (of course) to the Jewish people, whose peoplehood they publicly deny.

In Arab culture, personal, family, tribal, and now national, honor has a very high priority. The restoration of lost honor justifies violence – indeed, if the loss was violent, the response must be also. Loyalty to the group and perseverance in search of justice are important values. Accounts must be settled, and in the ledgers of the Palestinian Arabs, much is owed to them by the Jews.

The narrative has been inculcated in several generations of Arabs already, both in the territories by Hamas, the PA, and UNRWA, and in Israel where the state has decided not to interfere with anything short of explicit antisemitic incitement in the Arab educational system (the PA/Hamas/UNRWA systems, of course, do include such incitement).

The various groups that have an interest in creating disorder in the Land, including the Palestinian terror groups, the European Union and some European governments, the international and Israeli extreme Left, Turkey, Iran, and others, understand, promulgate, and use the narrative effectively. For example, the legal dispute over the eviction of a few non-paying tenants in eastern Jerusalem is presented to the Arab audience as an ongoing attempt to ethnically cleanse Arabs and steal their land. In the framework of the narrative, it goes without saying.

Hamas supporters exploited an annual march by (mostly) religious Jews to mark the 1967 reunification of Jerusalem and a police decision to close the plaza in front of one of the gates to the old city, presenting them as an “attack on al-Aqsa.” This resulted in rioting, which was met with additional actions by police, which were offensive to the religious sensibilities of the Arabs. They responded predictably by escalating violence. At the same time, Hamas came to the “defense of al-Aqsa” by firing rockets, first at Jerusalem and then at the rest of the country. As I write this, almost 3,000 rockets have been launched at Israel by Hamas.

The IDF seems to be on track to destroying much of Hamas’ ability to fight, though the overall strategy seems to be to keep Hamas in place. But the riots in Jerusalem have spread throughout the country to most places where there are mixed Jewish and Arab populations. And the riots, which usually have been  characterized by violence between Arabs and police, have taken on a disturbing character: they are beginning to look like pogroms, in which synagogues are burned, Jewish businesses attacked, Jews beaten or murdered on the streets and in their homes, and a feeling by the victims that the authorities cannot or will not help them. There is a widespread feeling that a line has been crossed. Why do we have a Jewish state, if not to finally put an end to pogroms and persecution?

At this point I want to inject a cautionary remark: if you read the non-Israeli media, or the left-leaning Israeli media like Ha’aretz, you will be told that what is going on are “clashes” between extremist Arabs and Jews. “Both sides” are engaging in violent behavior. This is very misleading. Large groups of Arabs have rampaged in Lod, Haifa, Acco, Yafo, and other places, compared to a handful of Jewish extremists that have attacked Arabs. Some high-profile cases of Jewish violence have been misreported in the media. For example, a 12-year-old Arab boy was badly burned by a Molotov cocktail thrown into his home; this was all over the media as an example of Jewish depravity until it was determined that Arabs had done it, either due to a family dispute or simply by mistake.

The disturbances are fed by “fake news” on Palestinian media – that is, official Palestinian Authority and Hamas media – and of course on social media. Truth about our conflict is often ideological. The shooting of young Mohammad al-Dura in September of 2000, which was clearly shown to be a hoax, is almost universally believed, both in the Muslim Middle East and in Europe. Likewise the “Jenin massacre” in 2002 that never happened, and countless other false accusations. For many people, including Israeli Arabs, what makes something true is whether it fits the narrative, not whether it matches reality. Media provide an unending series of crimes against Arabs that must be avenged, for honor’s sake.

All this has created an environment in which Arab grievances have deepened to the point that they are not reconcilable by compromise. At the same time, they are not afraid to strike out violently, realizing that we can never have enough police to physically restrain 20% of the population, nor do we have the will to become the kind of totalitarian society that would try to restrain them by force.

This hostility has been normalized for a long time among the Arabs of Judea/Samaria, and of course Gaza. The degree to which they dehumanize Jews was evident during the “Stabbing Intifada” of 2015-2016, when almost every other day featured terrorist attacks against random Jews, by Arabs from the territories (and in a few cases, Israeli Arabs). The perpetrators were men and women as young as 13 and as old as middle-age. Now it seems that the propensity to dehumanize us has spread to a larger number of our Arab citizens as well.

This isn’t a trend that we have the power to reverse. Israelis, Jewish and Arab, consume media in “opinion bubbles,” in which opposing viewpoints simply do not appear, and the most extreme views tend to take over. Well-meaning attempts to bring the groups together simply don’t have the emotional power to overcome the sense of grievance and injustice that is continually fed in these bubbles.

We can crush Hamas in Gaza and overthrow the PA in Judea/Samaria (although our leadership doesn’t seem to be interested in doing either). Possibly the riots among our Arab citizens will die down; from an economic point of view, they do great damage to Arab communities. But we can’t fight the narrative – or regain our trust that our Arab neighbors will not get up in the morning tomorrow and decide to stab us.

The dynamics that have brought us to this condition will not go away. The narrative is as strong or stronger than ever, and our enemies are pushing it as hard as they can. Because of the unchangeable geographic features of the Land of Israel, there is no alternative to continued Israeli control of all of it, from the river to the sea. Two-state fantasies remain fantastic, and any withdrawals will be met with further aggression. This isn’t speculation; Gaza is proof. That means that in addition to the hostile Arabs within the Green Line, we face even more radical ones outside of it.

I see the continued existence of a Jewish state of Israel as a fundamental imperative. But if coexistence is impossible, and if divesting of the territories containing most of the Arabs is also impossible, what is the alternative?

Meir Kahane understood this, but perhaps because of the racialist and religious supremacist undertones in his thinking, his ideas were placed beyond the pale, and he and his party were outlawed. But he was right about one thing: in order for the Jewish state to continue to exist, it cannot continue to have a large Arab minority. I am certain that many Israelis agree in their hearts, but are afraid to express agreement from fear of being called “racist” or worse. But race has nothing to do with what is at bottom a national conflict, and indeed it is a profoundly unhelpful concept.

Israel is stuck. It is stuck between Left and Right with no government, it is stuck with Hamas making life unbearable in the southern part of our country and requiring periodic wars to “mow the grass” with no solution, it is stuck with increasing antisemitic violence and crime from its Arab minority, and it is stuck with the need to hold Judea and Samaria but the inability to build in them.

Getting unstuck will require setting explicit national goals and following policies to assert our sovereignty over all of the Land of Israel, to defeat our enemies, and to expel those who act with hostility towards Jews or the Jewish state. 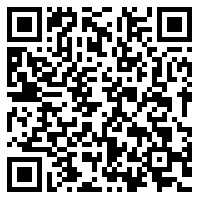