My granddaughter, Shai, told my wife that she should make her a “Cobra Kai” shirt. We were mystified, so she told us to watch the video series and we would understand. It turns out to be a continuation of the plot of the movie “The Karate Kid,” in which (as I see it) the yetzer hara and the yetzer hatov are personified by the competing dojos of Cobra Kai and Miyagi Do respectively. Keep that thought – I’ll come back to it.

In the real world, the struggle between Israel and her enemies is far more bitter and bloody. For several months now tensions have risen, with demonstrations and riots in several cities by Palestinians and Arab citizens of Israel over various issues. Violent attacks on Jews by Arabs were followed by violence against Arabs by militant Jewish groups. The conflict reached a peak on Monday, Jerusalem Day, when hundreds of police and Arabs fought each other on and around the Temple Mount, the Arabs throwing rocks and shooting fireworks, while the police responded with teargas and stun grenades. At the same time, Hamas issued an ultimatum that if the police did not leave the Mount by 6:00 PM, they would fire rockets at Jerusalem. The police stayed, and Hamas carried out its threat, launching seven rockets.


Since then the violence has escalated. Israeli Arabs have rioted in various cities and towns in Israel, attacking Jewish citizens and police. In Lod, local Arabs rampaged in Jewish neighborhoods, burning cars and even synagogues, evoking visions of anti-Jewish pogroms. Riots also occurred in Acco, Yafo, and the Arab towns of the “Triangle,” east of Netanya and Haifa. Hamas has been broadcasting incitement for weeks via its imams and social media, including the perennial “Al Aqsa is in danger” line that has been  inflaming Palestinian Muslims against Jews for at least 100 years.

Meanwhile, rocket fire from Gaza has reached unprecedented levels. As of Wednesday morning (as I write) more than 1,000 rockets have been launched at Israel from Gaza, reaching as far north as Hadera. At least 850 of them have reached Israel, with 200 falling short into Gaza (keep this in mind when Hamas blames its civilian casualties on Israeli retaliation). Massive barrages hit Ashkelon, setting a strategic gas facility afire, and keeping inhabitants in shelters all night. Naturally the towns and kibbutzim in the south, the usual targets of Hamas rockets, got their portion too. According to Hamas, 130 rockets were launched toward Tel Aviv. Even here in Rehovot, which is usually spared, we were awakened by sirens several times overnight. As of this moment, five Israeli civilians have been killed by rockets, including two Israeli Arabs whose car took a direct hit in Lod. There have been dozens of injuries and much property damage. The Iron Dome systems have intercepted many of the rockets, but due to their sheer volume it has been impossible to stop all of them.

The IDF – air force, artillery, and navy – has been hitting launchers, weapons factories, underground facilities, and some senior Hamas officials since the rocket fire started. A multi-story building that contained Hamas intelligence services was taken down. Hamas claims several dozen civilian casualties, but the IDF says that most of them are either Hamas operatives who were hit while launching rockets, or victims of their own rockets which fell short.

I think that the events of the past weeks have had a significant effect on the attitudes of many ordinary Israeli Jews. The riots in Lod, and the attacks on Jews in Jerusalem have given rise to a feeling that lines have been crossed. How can it be, they think, when they see a 65-year-old rabbi brutally kicked to the ground by Arab assailants, or Torah scrolls burned, that this can happen in the Jewish state? Although there was large-scale rioting by Israeli Arabs in 2000 at the start of the Second Intifada, the way individual Jews and Jewish shops and institutions were targeted this time was new, and evoked comparisons to the antisemitic violence of the 1930s. Although Arab members of the Knesset talked in ways that verged on subversion, it seemed that most of the Arabs in the street were motivated by economics, not nationalism. Either that has changed, or it was not the case in the first place.

The dimensions of the Hamas rocket attack were worrisome. It is clear that we cannot have enough Iron Dome systems to stop all the rockets that our enemies can launch. In the back of everyone’s mind is the knowledge that Hezbollah has far more rockets and better, more accurate and powerful, ones.

It seems that we always act the same: retaliate in a measured way, being very careful to keep civilian damage to a minimum, after which we are pilloried by the UN, the EU, and the “human rights” NGOs, regardless of that fact. We don’t destroy Hamas, we simply “mow the grass” every few years. We keep supplying Gaza with water and electricity.

There will be other escalations like this one.  Each time, Hamas seems to have more and better capabilities. Meanwhile, Hamas continues to try to take over the Palestinian Authority, and to incite subversion among the Arab citizens of Israel. Soon Mahmoud Abbas will retire or die; it could happen today. Hamas will then move to take over the PA, which would make the present situation seem like a picnic in the park.

Is this the best our government can do, we ask?

The problem is that we have no real strategy. But it’s not hard to see what it should be. The Palestinians of the territories and even our own Arab citizens have shown us: they act in a Middle Eastern way.

We want to live in the Middle East because that’s where we came from. But we don’t want to act Middle Eastern. We want to live in an imaginary world, where nations actually adhere to the UN charter. We want to be “a villa in the jungle” as somebody said. That doesn’t work. In the Middle East, you defend your honor or you lose all of your property and then your life. In the Middle East, when someone challenges you, you destroy them or they destroy you. You don’t give them a break because they are weaker than you and you feel sorry for them. Tomorrow they may be strong enough to kill you – or they may sneak up on you and kill you, even though they are weaker.

The Palestinian Arabs have challenged us for the ownership of this land. For more than a hundred years they have made it clear to us that they will do anything and everything necessary to get it. We, on the other hand, keep trying to compromise with them. And they respond with bemusement, take anything we give them, and then continue trying to get the rest.

If they win, they will kick us out. Ask them. They’ll tell you. And that is what our strategy has to be: to remove the Palestinian Arabs from the Land of Israel. We need to do whatever is necessary to achieve that aim.

If that is offensive to you, then you can live somewhere else where at least they pretend to operate according to a “better” morality. It’s up to you.

Now that we’ve settled the strategy, it’s time to decide on the tactics. And in that connection, I come back to “Cobra Kai.” One of the recurring memes in the show is the motto of the Cobra Kai dojo. I am sure that the writers disapproved of it, but it fits our needs perfectly. Here it is: 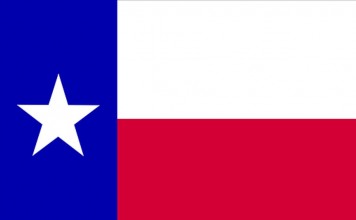 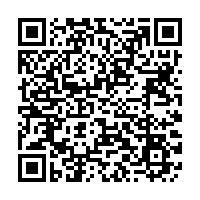