When the body of Sgt. Zachary Baumel, missing for 37 years since the battle of Sultan Yacoub in the First Lebanon War, was returned to Israel, I first heard it on the hourly radio newscast.

Almost the entire newscast was devoted to this one story. The next day it was in the headlines of all the papers. Every Israeli politician, newspaper columnist, or TV/radio personality had something to say about it. When he was buried Thursday night at the military cemetery on Mount Herzl in Jerusalem, thousands of people attended his funeral. The President and Prime Minister, among others, delivered eulogies there. Army commanders, from the Chief of Staff on down, were present.

One soldier, or to be precise, the body of one soldier. 37 years. Yet, the reaction was national in scope.

A few months ago, a soldier named Ronen Lubarsky was murdered when a terrorist dropped a huge stone slab on his head from a rooftop. It turned out that he lived here in Rehovot. Someone forwarded a WhatsApp message to me one evening, saying that his parents were having a minyan at their home in the morning. I should go, I thought, people have to work and they might not get a minyan. It was only a couple of blocks away, and as I got closer I saw that every parking spot, legal or not, was occupied. I shouldn’t have worried: there were hundreds of people there, old and young, soldiers and civilians, religious and not-so-religious, who came to support Ronen’s parents and siblings.

The next story is different in some ways, but also the same. A young man came to Israel from America by himself to volunteer for the IDF, to be a “lone soldier.” Alex Sasaki was a member of the Golani Brigade, which is difficult to get into and has a tough training period. He didn’t die from enemy fire, but rather from an apparent drug overdose. He too had thousands come to his funeral, and his death gave rise to an outcry that the army doesn’t provide sufficient support for lone soldiers, who can’t go home to the warmth of their parents and friends when they get leave from the army. Two of my children were lone soldiers and I think the experience changed them from children into adults, even more sharply than it does for native Israelis. They won’t say, but it couldn’t have been easy.

Israel loves its soldiers, not only because they are everybody’s kids, but because everybody was in their shoes (actually, boots) and can identify with them. Everybody has personal experience with the feelings of loneliness, along with the camaraderie with one’s peers, that characterize military service. From the point of view of a parent, as well, there is nothing like knowing your child is a combat soldier, uncomfortable, in harm’s way, in some inhospitable place, maybe under a mortar barrage like the one he described the last time he talked to you.

My son’s army unit was stationed in South Lebanon before the withdrawal in 2000, and they often came into contact with Hizballah. It wasn’t exactly a big war, but there was plenty of shooting – and some casualties. When he and his friends had time off, they would go to a well-known steak restaurant in Jerusalem. The owner gave every one of them what they wanted at no charge, which was usually steaks all around. Not hamburgers, and not the cheap stuff. I can’t imagine how much it cost. I don’t know if the restaurant or its owner are still around, but the former soldiers won’t forget him.

We take enormous care that our soldiers aren’t captured, lest they be held as hostages like Gilad Shalit, who was imprisoned by Hamas in a booby-trapped underground bunker for more than five years, until he was freed in a foolish and irrational “prisoner exchange,” in which 1027 Hamas terrorists held by Israel – terrorists responsible of the deaths of over 500 Israelis – were exchanged for him. Many of those released immediately went back to their murderous ways, and several committed additional murders. The government has said that it will never make a deal like that again, but the pressure to ransom a captured soldier – someone’s child that could be anyone’s child – is tremendous.

Ahlam Tamimi, the woman responsible for the murderous Sbarro Pizza bombing in Jerusalem in 2001 (and who, by the way, was released in the Gilad Shalit exchange), was greatly pleased when she found out that she had murdered more children than she had previously believed. From the very earliest days of Arab terrorism against Israel, children have been disproportionately targeted – think also of the Ma’alot massacre, the Bus of Blood, the Misgav Am attack, the Dolphinarium bombing, and many more – because our enemies understand that nothing is more painful for us (in a classic case of Palestinian reality inversion or psychological projection, they like to claim that the IDF deliberately targets Arab children, a vicious lie).

One might wonder if there is any other country in the world that relates to its soldiers like Israel does. I certainly don’t know of any. Our enemies see it as a weakness to be exploited, and do so whenever they can. But it is also a strength, a motivation the leads Israeli young people to volunteer to take risks, knowing that they are not alone. The nation stands behind them.

There are those that suggest that Israel would be better off with a professional army. There is much that can be said for that in terms of efficiency and maybe even fighting ability. But we should tread very carefully if we go in that direction. There is something very special, although intangible, about the relationship of Israelis to their army that should be preserved.

When you love someone, you do things for them that are entirely for them, that return to you nothing but the feeling that you have made the life of the one you love better in some sense. Israel depends on the IDF to protect it. But it’s also true that Israel loves the IDF, collectively and individually, in the strongest sense of that word. 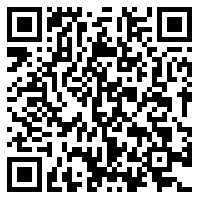