I first made aliyah to Israel in 1979, but returned to the US in 1988. During the 26 years between my yerida and my return to Israel in 2014, I became more and more involved in pro-Israel activism, both because I felt that I was more knowledgeable than most Americans about the issues, and because of a nagging feeling that I should never have left.

I wrote, spoke, arranged events, passed out fliers, picketed anti-Israel happenings, and tried to convince my mostly liberal and progressive friends that they should support Israel (see Rob Vincent’s comments about the futility of this enterprise here).

One of the things I did was to become active in the local Jewish Federation. I became a board member and served as treasurer for a number of years. I tried to keep the Federation involved in countering the anti-Israel activity that flowed from local “peace” groups, from activists in the university, and (later) from a growing Muslim community. I tried to influence the Federation to make grants to pro-Israel causes and to invite speakers and present films to correct the misinformation from the media and other sources that was so prevalent.

The Federation always allocated a portion of its grants to “Israel,” which traditionally meant via the national organization, the Jewish Federations of North America (JFNA). I had some problems with this. For one thing, JFNA did not support projects across the Green Line. When it made grants to bodies that had projects all over the country, it even audited those bodies and deducted an amount equivalent to the funds spent in Judea/Samaria, the Golan Heights, and (then) Gaza. For another, I didn’t see why we should support the overhead of the JFNA bureaucracy when we could give directly to those causes in Israel that we thought were most effective. Finally, I found their annual meeting extravaganza, the “GA” (General Assembly), an orgy of self-congratulatory posturing, to be distasteful, counter-productive, and wasteful.

This year, JFNA is having its GA in Tel Aviv, for the first time (it is usually held in a major US city, and has been in Jerusalem in the past). There could be technical reasons for this choice, but it seems to me that in the year that the US Embassy is finally established in our capital, it is clear that holding the GA in Israel but not in Jerusalem sends a message – and not a very friendly one. I am sure that JFNA officials do understand this and did it deliberately.

In addition to the choice of venue, the theme of the conference itself shows an insensitivity that borders on insult. “Israel and the diaspora, we need to talk,” it says, and the clear implication is that they need to talk and we need to listen. What chutzpah!

Caroline Glick notes that the homepage of the GA’s website spells out what they think we need to talk about: only 8% of Israelis see themselves as “liberal” (in Israeli terms, on the Left) while 50% of Jewish Americans do; only 43% of Israelis compared to 61% of American Jews think Israel and a Palestinian state could coexist; and only 49% of Israelis compared to a whopping 80% of American Jews think that non-Orthodox rabbis should be able to officiate at Jewish weddings in Israel (my italics).

Obviously what Israel does about a Palestinian state must be entirely up to Israelis. Why would anybody think that the opinion of Americans, thousands of miles away, should be taken into account by Israelis who are next door to the prospective Palestinian state, and who would be the targets of its terrorism? Why should Americans even have an opinion about who can perform a wedding in another country? It is as ridiculous as Israelis complaining about Elvis impersonators performing weddings in Las Vegas. One can see now why “we need to talk” makes Israelis uncomfortable: what is really being questioned is our sovereignty as an independent state.

Glick believes it’s all about punishing Israelis for liking Donald Trump. According to a June 2018 AJC poll only 34% of American Jews approve of how he is handling relations with Israel, compared to 77% of Israelis. And from an Israeli point of view, Trump has been one of the most friendly of American presidents. While his decision to move the US Embassy to Jerusalem got more attention than anything else, it’s possible that his administration’s systematic puncturing of the Palestinian “refugee” myth and ending the policy of financing the endless multiplication of the refugee population via UNRWA will do more to end the conflict between Israel and the Palestinians than any of his predecessors’ failed initiatives.

American Jews, Glick says, simply can’t get beyond their liberal politics to notice that at least in the case of Israel, Trump is doing the right things. Reform Movement President Rick Jacobs even initially expressed reservations about Trump’s decision to recognize Jerusalem as the capital of Israel and move the US Embassy there. But what can you expect from a Jewish organization that couldn’t even agree to oppose Obama’s Iran deal?

I am sure that Trump is yet another issue that American and Israeli Jews disagree about. But in my opinion, he is not the primary cause of the Federations’ decision to emphasize and magnify the disagreements.

Much of the material in the GA’s breakout sessions seems to be taken directly from the playbook of the Reform Movement, which has so far been unable to gain traction among a significant number of Israelis for issues like religious pluralism, concessions to the Palestinians, support for keeping illegal migrants in Israel, mixed-gender prayer at the Kotel, and so on. For a number of years – long before the advent of Trump – the movement has been working with its partners J Street and the New Israel Fund (both groups in which Jacobs was active before he became URJ President), to assist the forces of the Left in Israel in regaining the political dominance they lost when Menachem Begin became PM in 1977, and the popularity they have continued to lose since then.

Since Benjamin Netanyahu has been PM, one of the strategies that the Israeli Left and its partners in the US has employed has been to cook up “crises” between their American Jewish constituency and the Israeli government. These have included presenting proposed changes in the rules regarding conversion to Judaism in Israel (which have zero effect on American Jews) as “delegitimizing the diaspora”; comparing isolated incidents of ultra-Orthodox harassment of women with the government-sanctioned behavior of white racists in the Jim Crow South; hijacking the Women of the Wall movement; taking up the cause of illegal migrants in Israel; attacking the Nation-State Law; and so on. With each crisis, the spokespeople of the movement blame Netanyahu, and suggest that unless Israel undergoes a change of government, the relationship with American Jews – and hence with America as a whole – will be irreparably damaged.

It’s clear that JFNA, the national organization of Jewish Federations, has adopted the ideology and strategy of the Reform Movement in connection with Israel. This follows the general trend of non-Orthodox Jewish organizations in America moving leftward as older pro-Israel activists die off and younger products of the very biased American university system take their places. It’s happened in university Hillels, the ADL, Hadassah, and in numerous local Jewish organizations.

Their target is much larger than Netanyahu or Trump. It is the character of Israel as an ethnic nation-state that the liberal Jewish establishment wishes to change. And why do they want to change it? They don’t really know. Perhaps they are just unfamiliar with it. But in fact their actions make them part of a much larger movement, one that can’t abide a Jewish state, and which would see it destroyed or changed beyond recognition.

Nevertheless, with all their sound and fury, the Jewish Federations no longer do very much for Israel, and they do nothing we cannot do for ourselves. We are not required to defer to them.

Like so many of the disparate concerns surrounding Israel today – the Temple Mount, the Gaza border, the Golan Heights, building across the Green Line, European financing of hostile NGOs – our issues with the American diaspora revolve around sovereignty. We need to defend it wherever it is in danger – even from our friends.

A Message From Moshe With Help From Above 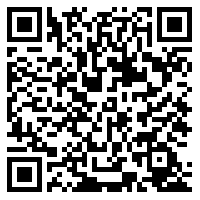