You associate yourself with others with whom you share a religion or ethnicity. You believe that the government and other authorities ought to be dominated by your group. In a democracy, you vote for them exclusively. In a non-democracy, every group tries to install its own people in positions of power, by force if need be.

When you have identity politics, the in-group gets protektziya. If you are a member of the in-group you get government jobs, your business gets lucrative government contracts, and you get your parking tickets fixed. If not – well, it depends on how bad your regime is. In a place like Syria, you stand a good chance of being murdered.

Identity politics can be democratic in the sense that there can be elections. But it is inconsistent with what we know as “liberal democracy,” which includes the rule of law, separation of powers, respect for human and civil rights for all, economic fairness, and so on. That is because the division of power, wealth, and rights in identity politics is based on group membership rather than ability, work ethic, or moral standing.

The only politics that exists in most Middle Eastern and African countries is identity politics. This is why the attempt to establish liberal democracy in Iraq after the fall of Saddam was pointless. The outcome of elections there is determined by the size of the various ethnic factions, not policies or ideology. This is why Lebanon is a basket case, why Jordan is unstable, and why Syria is hell. This is why Africa, with all its resources, consistently suffers from wars and famines.

Take Nigeria, for example. The most populous country in Africa, blessed with oil and gas, fertile soil, and mineral resources, it should have a thriving economy. Instead, it’s wracked by civil war, terrorism, and environmental disasters. Millions of its residents have fled to other countries (including the US). Some blame colonialism, but Nigeria has been independent since 1960. I blame the identity politics practiced by the more than 250 ethnic groups in Nigeria – and by the Christians and Muslims who almost equally divide the population.

One of the characteristics of identity politics is the belief that only a member of your own group can represent you, or even understand your needs.

Does this sound familiar, Americans? It should. Right now your country is undergoing a rebellion by those who wish to replace an establishment that at least pays lip service to liberal democracy with one that is committed to identity politics.

The rebels say that the present arrangement actually does function according to identity politics, and that the group in charge is made up of “white” people (I prefer the expression “colorless” because skin color actually has little to do with it). They are explicit in their desire to kick them out and put “people of color” (POC) on top. This they justify with the argument that POC have been mistreated and disenfranchised, and now it is their turn to rule. What they don’t want is a society that functions according to the principles expressed by Martin Luther King Jr., in which everyone is treated equally regardless of color or ethnicity.

What is interesting is that the colorless establishment (at least, part of it) is falling all over itself to placate the rebels, apologizing abjectly for “white privilege,” removing statues (before they are toppled or covered with graffiti by the rebels), changing the names of institutions that are named after unsavory characters like Woodrow Wilson or Theodore Roosevelt, and so on (it remains to be seen how they will react when asked to give up their jobs or wealth).

The founders of the USA, while they certainly had their blind spots, were concerned to create a structure that would be a liberal democracy not subject to identity politics. From their day through the 1960s, the country struggled to approach the ideal of a fair society. The abolitionist movement, the Civil War, the women’s suffrage movement, and the civil rights movement all were mileposts in that journey.

The argument of the rebels is that America has failed in the attempt to create liberal democracy, and that this failure is systemic, perhaps even stemming from an essential flaw in the idea of liberal democracy. Some important voices in the media agree with them. The premise of the New York Times’ “1619 project” is that the history of the US should start with the arrival of the first slave ship to North America, and not with the Declaration of Independence in 1776. Racism is everywhere, part of the fabric of society, they insist. The implication is that fixing it would require more than incremental improvements. Radical change is needed. The rebels believe that racism can’t be expunged by continuing the processes begun by the civil rights movement; the only remedy is to smash the system and start over.

This is not a small demand. History shows that revolutions (viz., France 1789 and Russia 1917) can be enormously bloody and painful. Often, control of revolutions that are begun in the name of lofty ideals is seized by the most brutal and ruthless groups, because they are the ones that can take control. And it isn’t as if the rebels in this case have a rational blueprint for improving the society, other than the feeling that things would be better if they were in charge. That is unlikely.

In the case of America today, there is the complication that the chaos is fed to some extent by outside forces, traditional enemies of the USA who are making use of the moment – and maybe even helped create it – to sow dissent. There are documented cases of foreign actors supporting the most extreme elements, the extreme Right and the extreme Left, on social media. What they want is not to improve American society, but to weaken it.

If the rebels get what they want, the 244-year history of the American republic will be over. The revolution will replace the present establishment with a different one. Perhaps property in the hands of rich people and institutions will be expropriated “for the benefit of all” as happened in newly-Soviet Russia. Perhaps a new constitution will be written, or amendments added to the existing one to provide for reparations for the descendants of slaves, for compensatory admissions to universities for POC, for quotas for government jobs. The striving for equality of opportunity will be replaced by the provision of benefits to favored ethnic groups, to “pay them back” for historical mistreatment. The US, in the best case, will become less just, less well governed, less economically successful, and a less pleasant place to live for most Americans.

More likely, it will end up like Syria or Nigeria. 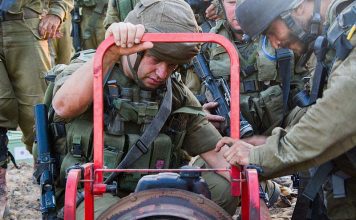