This is not a post that I wanted to write. I don’t want to face a very troubling reality. But reality, by definition, is the thing you can’t escape.


Recently Israel held municipal elections, for mayors and city council members. In Haifa, the Labor Party candidate (it insists that it’s now called the “Zionist Union,” but as you will see, that is a misnomer), Dr. Einat Kalisch-Rotem was elected.

Kalisch-Rotem (48) is an architect with a doctorate in urban planning. She owns an architectural firm and also lectures at major universities in Israel. She is the first female mayor of one of Israel’s major cities. For what it’s worth, her Wikipedia entry claims that she has a black belt in karate.

She must not be a stupid person. And yet she appointed Raja Za’atara, an Arab citizen of Israel representing the Hadash (communist) party as one of two Deputy Mayors.

Za’atara said that Hamas is not a terrorist organization, because “An occupied nation has the right to resist the occupation.”  He said in an interview that “he would rather forfeit his salary than condemn Hamas,” and that he would not take part in memorial ceremonies for IDF soldiers. He said (Hebrew video) that ISIS had learned its crimes from the Zionist movement, which engaged in “Rape, looting, murder and massacres” in 1948. He has “expressed support on his social media pages for Hezbollah, Syrian president Bashar Assad and North Korea.” In 2012, he founded (Hebrew link) an organization to promote boycott, divestment, and sanctions of Israel (BDS), and worked to prevent Arab youth signing up for military or national service.

Of course all of Za’atara’s statements fall into the category of permitted speech. It is not a criminal offense in Israel to call for the end of the Jewish state or even to express support for organizations or countries with whom the state is at war. But nevertheless, he certainly should not hold political office, elected or appointed.

He’s not alone. Many of the Arab members of the Knesset share similar opinions. One of them, Basel Ghattas, is currently serving a two-year sentence for smuggling cellular telephones to security prisoners in an Israeli prison. Haneen Zoabi, who participated in the 2010 flotilla to Gaza which ended with the violent conflict on the Turkish vessel Mavi Marmara, will tell anyone who listens that Jews do not have a right of self-determination, but Palestinians do.

In 1988, Rabbi Meir Kahane was prevented from running for the Knesset by an amendment to Israel’s Basic Law: The Knesset, which bans anyone guilty of one of the following, explicitly or implicitly by his or her words or actions:

This clause has never been applied to anyone else, not even Zoabi (although numerous MKs have argued that it should be).

Kahane believed and said that there was no possibility of coexistence between Israel’s Jewish majority and its Arab minority, and that Jewish survival required that the Arabs leave. He believed that the Arabs would never accept the idea of a Jewish state, and that they would eventually overwhelm the Jews demographically. Although the latter scenario seems much less likely today, as the Jewish birthrate increases and that of the Arabs declines, the political estrangement between them is today no better than in Kahane’s day.

I would like to believe that as time passes, Israel’s Arab citizens will become more accepting of the Jewish state, and more prepared to live as a minority – an extremely pampered one, by world standards – in it. But the opposite seems to be happening. Their demand for a “secular, democratic state” which always includes a right of return for millions of “Palestinian refugees” is equivalent to a demand to turn Israel into another Muslim Arab state. And if the 22 existing Muslim Arab states plus the Palestinian Authority and Gaza are any example, it would not long be secular or democratic, and would soon contain few if any Jews.

One wants to ask them, if they so much want to live in an Arab state, why aren’t they emigrating to one of the those? The answer is obvious: it’s much better here.

This illustrates the cognitive dissonance inherent in their position. Israeli Arab intellectuals know that the Arab states in the region are by and large failures. Their economies are poor, health and educational systems are sub-par, they are unstable and violent, and they are mostly dictatorships, even if they pretend to be democratic. They know all this, but still they find living as a minority in a Jewish state intolerable.

But what about the supposed majority of Arabs, who just want to work hard, raise their kids, and retire to sit on the porch of one of those massive castles one sees in Israeli Arab towns? Unfortunately, they vote for the parties of Haneen Zoabi, Basel Ghattas, Jamal Zahalka, Azmi Bishara (who fled the country to avoid prosecution for aiding Hezbollah during the 2006 war), and other militant anti-Zionists. Keep in mind that we are talking about Israel here, not the territories. In Israel there is a secret ballot, and PLO or Hamas operatives will not punish an Israeli Arab for voting “incorrectly.” If moderation doesn’t sell in Israeli Arab politics, it’s because nobody’s buying.

You will not find any Israeli Arab politicians – nor Arab citizens on the street – who do not insist that the creation of Israel was a historic wrong, a nakba for them for which the Arabs bore absolutely no responsibility. You will not find one who does not believe that all 5 million Palestinians with refugee status have a right of return. And you won’t find one that doesn’t think that if they try hard enough for long enough, they can get their “stolen” land back.

In 2006, a coalition of mostly “moderate” Israeli Arab intellectuals put together a document called “The Future Vision of the Palestinian Arabs in Israel.” It calls for the state  to “acknowledge responsibility for the nakba,” for the Arabs to be treated as an indigenous national group in accordance with international conventions, for them to have equal representation in the Knesset with a veto power. Resources such as land and money must be distributed equally. All forms of “ethnic superiority” – that is, all aspects of the state that make it a Jewish state must be eliminated, such as the flag, national anthem, and so forth. The “Islamic holy sites” – that is, all the Jewish holy sites that the Arabs claim are Islamic – should be under Muslim control. Israel must “acknowledge the right of the Palestinian Arabs in Israel of social, religious, cultural and national continuity with the rest of the Palestinian people and the Arab and Islamic Nation.” There’s much more.

Needless to say, Israel is not prepared to volunteer to give up the idea of a Jewish state in favor of a bi-national one. And these are the “moderates.”

Nobody in Jewish Israel wants to say that the ideal of coexistence with the 20% of our population that are Arabs is unobtainable, that we are getting farther away from it as time goes by rather than closer. But that’s how it seems today.

This brings me to the following question: was Kahane right when he said that coexistence was impossible? And if he was right, is there a way to keep a Jewish state other than by encouraging the Arabs to leave – by whatever means necessary? 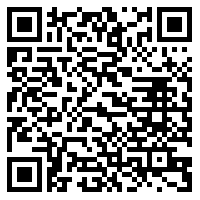