It never stops: Europeans complain about Israel building things, or rather, about Israelis planning to build things. Such activities, they claim are illegal, because according to them nothing east of the 1949 armistice line belongs to Israel.


But to whom does it really belong? A starting point is the question that the blogger who calls himself Elder of Ziyon asked in a tweet the other day: “what country was legitimately sovereign in Judea and Samaria on the day prior to the start of the 1967 war?”

Jordan illegally occupied the territory in 1948, when it was one of five Arab countries that invaded the area of the former British Mandate in order to try to prevent the Jews from creating a sovereign state there (and indeed, to try to kill and drive out the Jews from the land). In 1950 it (again illegally) annexed the area and named it the “West Bank.”

This aggression clearly violated the UN charter, and in the 19 years that Jordan held it, only two nations (Britain and Pakistan) recognized its purported ownership. Incidentally, the Jordanians committed numerous war crimes during their conquest and occupation, starting with the violent ethnic cleansing of its Jewish inhabitants, and including the deliberate destruction of synagogues and the refusal to allow Jews and Christians to visit their holy sites in Jerusalem – something Jordan had agreed to in the cease-fire agreements.

For several reasons, Israel’s claim in 1967 was stronger than that of Jordan’s. One is that the beneficiary of the Mandate is the Jewish people; it refers to the creation of a “Jewish Home” and not an Arab one. It is also reasonable to understand the “home” as being a state, although probably the British envisioned it as more like a protectorate within their empire. And an Arab state (Jordan) had already been created in part of it.

Another argument is the doctrine of uti possidetis juris, which holds that new sovereign states resulting from decolonization get the same boundaries as the former colonial entities (an article explaining the application to Israel is here). The doctrine is intended to prevent the creation of “no-man’s lands” which could become the source of conflict – as indeed this area has!

I haven’t mentioned the 1947 UN partition resolution for an important reason: it is irrelevant to international law. As a General Assembly resolution, it was only a recommendation; and since the Arabs immediately rejected it, it was never implemented. It did express the will of the majority of UN members at the time that a Jewish (and Arab) state could be created in the area between the Jordan and the Mediterranean, but it had no binding force.

Finally, there is the argument for the rights of the oldest extant indigenous people – the aboriginal inhabitants.

The Ottomans controlled the land for 400 years. Before that there was a succession of foreign rulers all the way back to the last Jewish commonwealth in Judea, the Hasmonean Dynasty which lasted for about 80 years around 100 BCE. Prior to that there were periods of Greek and Babylonian rule after the destruction of the biblical kingdoms of Judea and Israel. Note that the only indigenous regimes in the land of Israel from then until the modern day were Jewish. All the rest were imposed by conquest, including an Arab conquest in the 7th century which brought Islam to the region.

Although some Jews remained in their homeland, many were scattered around the world, particularly after the Romans crushed the Jewish rebellion of Bar Kochba in 135 CE. In the diaspora, these Jews retained their connection to their homeland, which was an essential part of Judaism.

This history was recognized by the international community in 1920 in the San Remo Resolution, which established the Palestine Mandate, in which Britain agreed to hold the land in trust for “a national home for the Jewish people.” The obligation to honor the Mandate as adopted by the League of Nations was transferred to the UN by Article 80 of its charter.

What about the Palestinians? There is not and never has been an Arab country called “Palestine.” Prior to 1967, few Palestinian Arabs even considered themselves part of a “Palestinian people” but as belonging to their particular clan, or for Arab nationalists, part of the “Arab Nation,” and for others, members of the Muslim ummah. However, since then they have claimed that they are a distinct people, and the aboriginal inhabitants of the land; and on the basis of that, they make a claim to sovereignty.

Since this claim is in opposition to that of the Jewish people, it is popular among other Muslims and Europeans, all of whom would prefer that the Jewish Luftmenschen turn into Luft, in the memorable words of André Schwarz-Bart. But the fact is that most of the families that call themselves “Palestinian” have a short history in the land. A very few of them may be descended from Jews and others that lived here in Biblical times, and some may have roots that go back to the Arab conquest. Almost all the rest date from no earlier than 1830, the time of the Muhammad Ali conquest of the region. A very large number came after the Zionist influx and the British presence began to create economic opportunities better than those to be found where they lived in Syria, Egypt, Jordan, and other places. Evidence of this is found in the many Palestinian names that refer to places of origin, like al-Haurani (Syria) and al-Masri (Egypt).

A unique people that has been together for hundreds or thousands of years, like the Jewish people, develops a unique language, religion, and culture. The Palestinians are a new people, who have very little specifically Palestinian – as opposed to Arab – culture, except perhaps for their violent opposition to Jewish sovereignty and hatred of Jews, which has been nurtured by their leaders since Amin al-Husseini in the 1930s.

There is no archaeological or historical evidence of ancient cultures that can be connected to today’s Palestinians. The Jews, on the other hand, can point to a wealth of such evidence, probably more than any other extant culture today. If anyone can claim to be the aboriginal people of the Land of Israel, it is the Jews.

The arguments that settlement activity is illegal usually are drawn from the Geneva Conventions about belligerent occupation, which occurs when in the course of war or aggression, one country takes physical control of part of another one. But since the territory in question does not belong to another country, the presence of Israeli forces or settlers cannot be belligerent occupation. Even if it were, the original intent of the section of the Fourth Geneva Convention that forbids a nation from resettling its population in occupied territory was to prevent mass expulsions and exiles, such as the Nazi deportation of German Jews to occupied Poland, which is nothing like the voluntary migration of Israelis to Judea and Samaria and the Jordan Valley.

But doesn’t Israel herself consider that it’s a belligerent occupation? Not exactly. In 1971, Meir Shamgar, Israel’s Attorney General, ruled that although the territories were not strictly occupied, Israel would follow the Hague and Geneva Conventions for the protection of civilians in occupied territories, so as to smooth the way for the ultimate return to Arab control of some of the territories in return for peace treaties, and to forestall international criticism. In other words, we would behave as if the territories were occupied.

In 2004, in a decision concerning the security barrier, Chief Justice of the Supreme Court Aharon Barak, wrote that “the point of departure for all parties” is that the territories are held in belligerent occupation. But this was merely a working definition and an expression of his opinion; the Court never actually ruled on the question of occupation.

To answer the question posed by Elder of Ziyon, the land belonged to the State of Israel in 1967, and indeed in 1948. It belongs to us today. We are the aboriginal inhabitants of the land, we have never lost our connection to it, we have the imprimatur of international law, and we have (so far) successfully defended it. One of our greatest mistakes in the struggle for world opinion is not stressing this strongly or frequently enough. 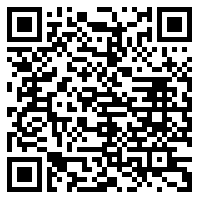