On Sunday, Wall Street Journal editor and columnist Bret Stephens did what too many need to do: own up to the mistake of supporting the Disengagement Plan.

At the time, Stephens was editor-in-chief of the Jerusalem Post.


In his WSJ column Stephens wrote that on each of the points he argued regarding the Disengagement plan he turned out to be wrong. He writes:

My error was to confuse a good argument with good policy; to suppose that mere self-justification is a form of strategic prudence. It isn’t. Israel is obviously within its rights to defend itself now against a swarm of rockets and mortars from Gaza. But if it had maintained a military presence in the Strip, it would not now be living under this massive barrage.

Or, to put it another way: The diplomatic and public-relations benefit Israel derives from being able to defend itself from across a “border” and without having to get into an argument about settlements isn’t worth the price Israelis have had to pay in lives and terror.

Put simply, Israel’s withdrawal from Gaza yielded less security, greater diplomatic isolation, and a Palestinian regime even more radical and emboldened than it had been before. As strategic failures go, it was nearly perfect.

He also makes a recommendation about not accepting a ceasefire, citing Netanyahu’s analysis as opposition leader during Operation Cast Lead, but I don’t want to spoil the article, so check it out yourself. 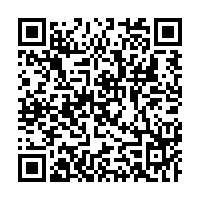