One week after jihadists attacked our embassies in Egypt and Libya, killing our Ambassador and three attaches, Obama said this at the UN: ” The future must not belong to those who slander the prophet of Islam.”

Jihadists execute Syrian man for “blasphemy,” NGO says By Now Media, (thanks to Religion of Peace)

BEIRUT – Jihadist fighters from the Islamic State of Iraq and the Levant (ISIS) have executed a man in Syria’s Idlib province after accusing him of blasphemy, a monitoring group said Monday.

“ISIS executed Ibrahim Qassum, a heating oil vendor, by shooting him in the head… on allegations of blasphemy, two days after their forces arrested him,” the Syrian Observatory for Human Rights said.

ISIS has its roots in the Islamic State of Iraq, Al-Qaeda’s Iraqi affiliate, and has been involved in numerous alleged abuses of civilians in Syria.

The Observatory said the man was reportedly suffering from mental illness and was arrested by ISIS fighters in the city of Saraqeb, in western Syria, after they accused him of watering down his fuel.

“The fighters bought fuel from him and asked him why it was impure. He responded in the colloquial dialect by saying ‘How should I know? What am I, the God of fuel?'” the Observatory said.

The group said the fighters arrested Qassum, executed him and on Sunday threw his body, with several bullet wounds to the head, in the streets of the town.

In June, the Observatory said ISIS had executed a teenager in front of his parents after accusing him of blaspheming against the Prophet Mohammed.

The jihadist group has been criticized by many within the Syrian opposition for a string of abuses in areas under its control.

But it remains a potent fighting force in Syria, where nearly 126,000 people have been killed since the conflict began in March 2011, according to the Observatory. 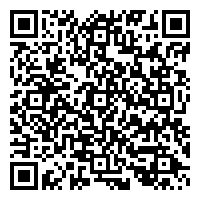