After a weekend of Islamic attacks against Israel, I warned that “the savages are itching for a war — it’s imminent.” And I was right.

On Tuesday, Hamas shot and killed an Israel civilian (above) fixing a fence after the storm.


An Israeli man working on the border fence was killed by sniper fire Tuesday afternoon along the Gaza Strip.

The man, 22-year-old Saleh Abu Latif from the predominantly Bedouin city of Rahat, was working between Nahal Oz and Kfar Aza as a civilian employed by the Israeli Defense Ministry on repairs to a section of the Israel-Gaza border fence damaged in last week’s storm. The fence had collapsed in three locations due to the storm.

Typical of Muslim warfare: they start on Christmas eve. Religious holidays are always a favored day for war and bloodshed for devout Muslims waging jihad.

Of course, the media didn’t report any of this, and won’t until the Israelis react (which is long overdue).

The Israelis have finally responded. And so will the media.

The Israeli air force launched strikes Tuesday afternoon on targets in the Gaza Strip, in response to a sniper attack earlier that killed an Israeli civilian.

According to Israel Radio, the IAF destroyed a Hamas military training facility west of the Khan Yunis refugee camp. The report added that Hamas targets in the Gaza neighborhood of Zaytoun and the Al-Bureij camp were damaged by the IAF as well.

IDF tanks also fired shells at what it said were terror targets in the Gaza neighborhoods of Zaytoun, Shuja’iyya and the al-Bureij refugee camp.

Military sources said that the airstrikes are “limited in scope” and “are not ongoing.” Aside from a directive given to farmers to avoid the fields in direct proximity to the border, the IDF Home Front Command has issued no further orders to civilians in the area.

According to Palestinian sources in the Strip, two people — a 3-year-old child named Hala Sabiha and her father — were killed during the Israeli strikes, and nine were injured.

The father and daughter were killed during an airstrike on a target located in the central Gaza Strip refugee camp of Deir al-Balah, according to Palestinian Ma’an News agency. No casualties were reported as a result of the strike near Khan Yunis.

The IDF had no immediate comment on the report of Palestinian fatalities.

Shortly before the air force strikes, the Hamas leadership ordered the evacuation of all security personal from their posts in Gaza for fear of an imminent Israeli attack.

“Earlier today a Gaza sniper killed an Israeli civilian by firing a single bullet at his chest,” said the IDF spokesperson’s office in a statement. “The individual was shot while doing maintenance along the Israel-Gaza security fence in the northern Gaza Strip. This is the first Israeli civilian killed in the vicinity of the Gaza Strip since Operation Pillar of Defense” last year. 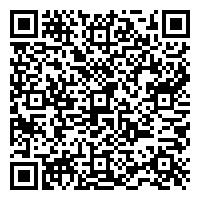