U.S. Secretary of State John Kerry may soon have to come up with a new plan to help Palestinian Authority President Mahmoud Abbas solve internal problems in ruling his Fatah faction.


The only plan that Kerry has thus far proposed is one that talks about future security arrangements between a Palestinian state and Israel.

What Kerry and the State Department are probably unaware of is that Fatah, Israel’s “peace partner,” is in urgent need of a plan to rid it of its internal disputes.

What the U.S. seems not to understand is that a weak, divided and discredited Fatah will never be able to sign any agreement with Israel.

A series of events over the past few weeks have left many Palestinians wondering if Fatah will ever be able to recover and rehabilitate itself in the aftermath of its defeat by Hamas in the January 2006 parliamentary election.

These events have also raised questions as to Abbas’s ability to rein in and control his own loyalists in Fatah. Abbas, it seems, has lost control not only over the Gaza Strip, but also his Fatah faction.

The most recent crisis in Fatah erupted last week when Fatah legislator and activist Jamal Abu al Rub, who is nicknamed “Hitler,” punched senior Fatah rival Jibril Rajoub three times in the face after a violent confrontation in Ramallah’s Grand Park Hotel, where Rajoub, a former Fatah security commander, was waiting to meet with the Chinese foreign minister.

Abu al Rub later explained that Rajoub had “provoked” him, and that was why he had decided to assault him. According to Abu al Rub, about two months ago one of Rajoub’s bodyguards had assaulted him during a heated meeting of Fatah leaders in Ramallah.

The decision drew strong condemnations from Abu al Rub’s supporters in the Jenin area of the northern West Bank, where dozens of Fatah activists tendered their resignations to Abbas. In a further escalation, Fatah gunmen loyal to Abu al Rub expelled Palestinian Authority policemen from the town of Qabatya near Jenin.

Palestinians have expressed fear that the fight between Abu al Rub and Rajoub could lead to an all-out bloody confrontation between supporters of the two men.

Abu al Rub has since won the admiration of many Palestinians for daring to assault one of the most powerful figures in Fatah.

“Oh Hitler, you have brought pride to the homeland and Allah,” wrote on of Abu al Rub’s fans on Facebook.

Another fan wrote: “We are all Hitler. We are with you even to death!”

The widespread support for “Hitler” reflects the state of dissatisfaction with Abbas and his top aides. Rajoub, who heads the Palestinian Football Association, is one of Abbas’s closest confidants.

By expelling Abu al Rub from Fatah, Abbas has managed to enrage many Fatah activists in the northern West Bank, who have anyway long been complaining that the Palestinian president was “marginalizing” them.

Some Palestinians see the recent events in the northern West Bank as the beginning of a mutiny against Abbas and the Palestinian Authority leadership in Ramallah.

Fatah’s “young guard” believes that the veteran leaders of their factions who came to the West Bank and Gaza Strip after the signing of the Oslo Accords 20 years ago have “hijacked” the Palestinian cause by taking exclusive control over the Palestinian Authority.

Abbas and Fatah’s veteran leaders have already succeeded in alienating many other grassroots representatives of the “young guard.”

Last month, another Fatah grassroots leader, Sufyan Abu Zaida, escaped an assassination attempt when unidentified gunmen fired 20 shots at his car. The attack on Abu Zaida came weeks after he published an article denouncing Abbas as a tyrant.

The infighting in Fatah does not bode well for John Kerry’s efforts to achieve peace between the Palestinians and Israel. The mounting tensions in Fatah are an indicator of what awaits Abbas if and when he signs a deal with Israel. Even worse, Fatah’s internal problems are good news for Hamas and the enemies of peace. 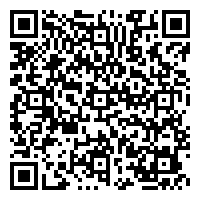