The Middle East is exploding and Lebanon is leading the way! If you haven’t seen the footage of the explosion that just rocked the port area in Beirut, you are really missing out. I can’t think of anything I have ever seen that comes anywhere close. What caused it and why does it matter? Let’s examine the context!

There has been speculation that Hezbollah is attempting more attacks on Israel to avenge the death of one of its members weeks ago in an Israeli airstrike. Last week, it was an attack near Mt. Hermon from the Lebanese side. As reported then, the attack was very unsuccessful, but Israel chose not to kill the terrorists.

This week, another group of terrorists came from across the border with Syria and attempted to place a number of explosives in Israel. This was also not very successful – the team was located, ambushed by Israeli special forces and eventually all of the members of the terror squad were eliminated by the Israeli Air Force.

Once it was determined, according to Prime Minister Netanyahu, who sent/was affiliated with the eliminated terrorists, Israel carried out airstrikes in Syria and eliminated at least another 15 pro-Iranian militiamen.

And now the massive explosion in Beirut, Lebanon. Of course it’s still unclear, at this time, what exactly caused the incredible blast. One cannot ignore that fact that Lebanon is going through a really rough time – to put it mildly. Its economy is in shambles, Coronavirus, Hezbollah… and this week, there is supposed to be a verdict on who assassinated the former prime minister years ago. Four members of Hezbollah have been accused and tried for the murder.

That’s a lot of drama for one little country, and now the explosion that the whole world is shocked by. Sure, it could have just been a fireworks accident with the fireworks coincidentally next to a stash of very explosive chemicals. Even Seth Rogen could figure out that there’s likely more going on here.

Israel has denied involvement in the explosion and offered Lebanon humanitarian assistance. I’m not sure what the point of that is. Since Israel is technically at war with Lebanon, I don’t really see how that could practically work. Although, as of now, it does look like Israel will be taking in UN personnel who were wounded in the blast and treating them in Israel hospitals in the north.

There is still an increase in daily cases, but things seem to have leveled out, and some are suggesting that the worst is behind us for the second wave.

Unfortunately, people are continuing to die, but there is not a big increase in people on respirators. The number of people recovering from infection is increasing dramatically and has quickly overtaken the number of new cases.

Obviously there is still a lot of uncertainty, but no new restrictions have been ordered and there are concrete plans to open the country to foreign tourists from designated countries. Additionally, approximately 17,000 students will be allowed to enter Israel over the next few weeks for year-long study. The level of fear of the virus is certainly not the same, but things are still far from back to normal.

There continues to be much drama within the governing coalition, with the bulk of the friction being between the Likud and Blue and White parties. The main issue right now is the budget. Blue and White has demanded a two-year budget and so far Likud has refused to have discussions even about a one-year budget.

As of now, if a budget of some kind is not passed by the end of August, the government will be dismantled and new elections called for November. With Likud and the “right” doing very well in the polls, some suggest that new elections are exactly what Prime Minister Netanyahu wants right now. Certainly it’s not what the Blue and White party wants.

Another possibility is a narrow coalition without Blue and White. I think this is very unlikely, but can’t rule it out. I think elections are unlikely as well. A compromise will probably be reached and more drama postponed for another few weeks until after the summer vacation. Priorities, folks!

This possibility has not gone away. Prime Minister Netanyahu says the possibility of extending Israeli sovereignty over some or all of the Jewish communities in Judea and Samaria is very real and could even be done this month! It would appear that Israel has submitted map proposals to U.S. officials and are waiting to hear back. I don’t think either side wants to miss this opportunity entirely.

A twist: This week, legislation was introduced in the Knesset to cancel the “Disengagement” from the northern Shomron. Fifteen years after the expulsion of the Jewish residents, this proposal would allow Israelis to once again legally travel to the area. Currently there is an un-authorized continuous yeshiva presence in Homesh – one of the four destroyed communities.

This is not the first time this kind of legislation has been introduced, but past similar efforts were blocked by Prime Minister Netanyahu. This time, the legislation currently enjoys the public support of the Likud coalition whip, Mikki Zohar, who is very politically powerful and considered very close to the prime minister.  There is also some support within Blue and White and even from the opposition, most notably the Yamina party.

This possible game-changing scenario is not getting much attention right now in Israel, but could be a huge deal. Firstly, it would be a solid right-wing move by Netanyahu while his “right-wing” rival, Naftali Bennett, is in the opposition and has little power.

If elections are announced in the near future, it would be great campaign ammunition for Netanyahu over Bennett – who has been polling very well. (He always does and then disappoints in the final results.) Additionally, it would be unclear how this would affect the Trump plan. The area in question is clearly designated within the plan to be part of an eventual “Palestinian state.” Allowing Israelis to return to the area would at least go against the spirit of the plan.

Finally, if this proposal were to pass, it would be the first actual legal refutation of the still extremely controversial “Disengagement” of 2005 that took place exactly this time of year. The symbolism would be much more powerful than many realize and infinitely more relevant than anything Seth Rogen will ever do or say in his life. 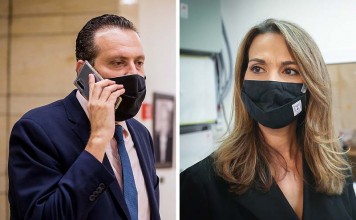 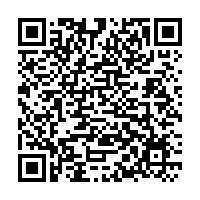