In our previous post about a report by Phoebe Greenwood in the Guardian (‘Golan Heights braces for war as tensions rise between Syria and Israel, May 31) we exposed two errors.  The report grossly inflated the number of Druze in the Golan Heights (there are 20,000, not 80,000 as Greenwood claimed), and also falsely alleged that Druze is an “Islamic sect” when it is in fact a unique monotheistic religion which departed from Islam around the 11th century.

As we noted in our last post (as a bit of background), Majdal Shams is one of the four Druze communities in the Golan Heights, with a population of about 9,000. After capturing the Golan Heights during the Six Day War, Israel offered all the Druze people living there citizenship—an offer most turned down. However, they all carry Israeli ID cards and are free to live, travel, work, and seek higher education anywhere in the Jewish state.


However, in addition to these factual errors, Greenwood’s report on the precarious position of residents of the Israeli-Syrian border town of Majdal Shams – in the context of a Syrian civil war which has already spread to Lebanon and now threatens Israel’s northern communities – relies largely on a Druze who she fails to fully identify.

Leaving aside the risible claim that the Syrian Druze community in the Golan wouldn’t ever be targeted by the Iranian sponsored Shiite Islamist movement or the regime of Bashar Assad because neither would dare target ‘Syrians’, it’s misleading to refer to Dr. Taisseer Maray (Greenwood conflated his first and last names) as a “community spokesman”.

Maray, Greenwood primary source, is in fact the director of a highly politicized, pro-BDS NGO, Golan for Development, and has stated his opposition to the existence of a Jewish state within any borders.

The war, if it comes, may not be a disaster, Taisseer suggests, if it delivers Golan back into Syrian hands.

“Whatever happens in Syria, everyone agrees we should be liberated – it doesn’t matter whether it’s by regime or rebel forces. This is Syrian land and that is clear,” he states unequivocally.

However, as my colleague Hadar Sela (a longtime resident of the Golan) observed, it’s clear to those who have truly gotten to know the Druze of Majdal Shams over a number of years that ‘everyone’ does not agree.  The vast majority of Druze there have family in Syria and they’re likely terrified about their safety. Hence, every word they say, Sela argued, “is likely measured because they know full well that a wrong word in the media may have serious consequences.”

[Druze are] loyal to whoever is in charge of the country they live in…The Druze on the Golan are no different from Israeli or Lebanese Druze in this way, but their political geography is different. Though they’re governed by Israel now, they may be governed again by Syria later. So even though Israel offers them citizenship, most haven’t taken it. They’re afraid of the consequences if Syrian rule ever returns.

Also quite noteworthy are comments by the mayor of Majdal Shams, Dolan Abu-Salah, who suggested in an interview in 2012 that living in Israel was a “privilege”.  Abu-Salah went on to boast that, by living in the state of Israel, “we [Druze] enjoy all the benefits of a very democratic regime. We pay taxes. And we get excellent social benefits.”

Shefaa Abu Jabal, a prominent Majdal Shams Druze spokesperson (and anti-Assad activist) explained in an interview with Dissent Magazine last summer that though her heart may long emotionally for Syria, she is “100 percent aware that thanks to my education that I received here in Israel I can express my opinion more freely”. Indeed, last July Abu Jabal passed the Israeli bar after graduating from Haifa University Law School—the first Syrian Druze woman resident of Israel to graduate from an Israeli university.

Just two weeks after Abu Jabal uttered those words, she emailed the journalist at Dissent to say that she had deactivated her Facebook page. She needed to “be out of the spotlight” for a while, and “to protect her allies living under Assad“.

Whilst it may be difficult to determine with any degree of empirical certainty how “most” Druze in Majdal Shams feel about the situation in Syria, or their Israeli identity, Greenwood’s story – and her reliance on selected “spokespersons” – represents a good example of the risks of taking the reports of Guardian journalists compromised by preconceived narratives about the region at face value. 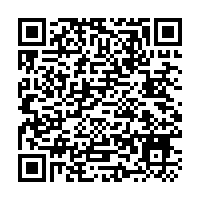