The gloriously misnamed “Islamic Human Rights Commission of the UK” is a Khomeinist  Iranian Government sponsored group that organizes the annual ‘Death to Israel’ march through the streets of London.


By presenting their list of nominations they are at least providing a great service in alerting us to some of the best writers on the subject of the threat of violent Islam (the objective being to silence them of course) and also some of the most heroic political campaigners against Islamic violence (who already pay with having to have 24 hours security). It is worth looking at the full list but there is one entry that stands out as genuinely bizarre, namely

Barack Obama, for mostly everything

(there’s gratitude for you!).

To give a feel for the fine justifications they make for the nominations, they say of Douglas Murray

for everything he’s ever written in The Spectator

for vilification and inciting hatred against Muslims in Front Page Mag

Daniel – who I regard as the most brilliant and prolific blogger of all – must be doing something right  if he has got under their skin to this extent. It is good to see him finally getting the recognition he deserves. 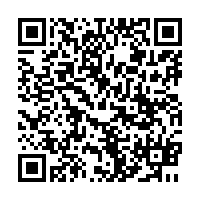