A day doesn’t go by when you don’t see a comment somewhere in the media about the “occupation” of the “West Bank” or of “Palestine.” You may even hear it referred to (incorrectly) as the longest occupation in modern history.

Occupation is when a foreign army invades and controls land that doesn’t belong to that army’s country. During WWII Germany occupied France, Japan occupied parts of China, Egypt occupied Sudan in the 19th century and beyond, and China has occupied Tibet in what is truly the longest occupation in the modern world, and so on.

Legally – occupation is only when the land occupied had formerly been under the legal control of another sovereign state.

Ask someone – Ban Ki Moon, for instance, who thinks the Israeli occupation is a good reason for Arabs to stab women and children – when did the Israeli “occupation” begin?

That means that before 1967 there was a “predominantly Muslim, Arab speaking, and independent state of Palestine” (PMASAISOP in short)?

The mendacious, brainwashed and ignorant will say: yes indeed!

Before 1967 – Jordan was the illegal occupier of Judea and Samaria. Transjordan had illegally annexed Judea and Samaria, renaming the area the West Bank and themselves Jordan. It’s curious that the Jordanian occupation is honored by adopting the term “West Bank” – possibly to avoid using the Biblical terms Judea and Samaria, in order to deny Jewish rights. One occupation is good, one bad? That’s a double standard: Arabs can occupy – but not Jews.

Some date the occupation to 1948, with the establishment of Israel.

The mendacious, brainwashed and ignorant will say: yes indeed! They’ll even display photos of coins and stamps that read Palestine, the English-language Palestine Post, the Palestine philharmonic orchestra and the Palestine soccer team.

The honest, knowledgeable people will explain: before 1948 there was the League of Nations international Mandate for Palestine, established in order to facilitate rejuvenation of the Jewish National Home in the recognized homeland of the Jewish people. This mandate was entrusted to the British Empire – that almost immediately broke that trust in order to further British imperial interests, at the expense of the Jews. 75% of the mandate area meant to be a Jewish Homeland was closed to Jews and handed over to a British client, Abdullah from Arabia. The coins and stamps are of the British mandate. The orchestra, the Palestine Post and the Palestine soccer team – they are all Jewish Zionist projects.

To those that chant: “From the river to the sea Palestine will be free” – I wonder: what about that part of “Palestine” occupied by the Bedouin tribes of Jordan that support the Arabian Hashemite family? Or is it again: Arab occupation is good, and only Jewish alleged occupation is bad?

Perhaps some will say reply: yes indeed, the British occupied Palestine in 1917.

Does that mean that prior to 1917 there was a PMASAISOP?

Again: the brainwashed, mendacious and those that haven’t a clue may say: yes indeed!

But that’s not true. Before 1917 – “Palestine” was part of the Turkish (Ottoman) Empire. By the way: ‘Palestine’ is the European name of the land. That name didn’t exist in the 400 years of the Ottoman Empire. The area wasn’t even one administrative area but three.

So perhaps before the Turks invaded then there was a PMASAISOP?

Of course not! It was part of the Mameluke Empire, and before that the Ayubbis, the Crusaders, the Seljuks, Fatimids, Abbasids, and the Omayyads – who were the initial Arab invaders. Before that – the indigenous people, who were neither Muslim nor did they speak Arabic – were occupied and ruled by the Byzantines, formerly the Romans. The year 135 saw the last indigenous independent state, which had lasted only three and a half years, during a rebellion against Rome. That was the Bar Kochva state, the indigenous Jewish state. Before that the Romans again, except for the four years between 66 and 70 when the indigenous Jews rebelled against the foreign European invaders, who had invaded and conquered the land of Israel, the independent state of the Jews. 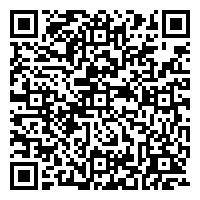