My last blog-post that mentioned the unique connection between Judaism and the Jewish nation with Jerusalem was met with a reply that has become to my mind an insulting cliché that disregards history and religion. I was accused of “ethnocentrism” by ignoring the “fact” that Jerusalem is holy to three religions, Judaism, Christianity and Islam. I think this has to be addressed clearly and loudly, especially after the continued hesitancy to move embassies to the capital of Israel – Jerusalem.

I think that although Yerushalyim – the indigenous, non-Romanized name of the city – has become holy to others, it is first and foremost holy to the Jewish nation and to Judaism to a degree unparalleled in other religions. I cannot claim to be an expert on Christianity or Islam, but I’ve heard a few things that I’d like to repeat and also ask a few questions.

1] When Jews pray – they face towards Jerusalem, and in Yerushalayim they face the Temple Mount); Muslims face Mecca and Christians, to the best of my knowledge don’t face Jerusalem in particular.
Advertisement

2] Jews mention Jerusalem in every prayer, three times a day, several times in each prayer, including a special blessing just for Jerusalem.

3] Jews mention Jerusalem in the grace after meals; there is a blessing (one of four) specifically about Jerusalem.

4] Jews leave a space of about four square feet, on the wall opposite the entrance to their homes, without paint or plaster – as a reminder of Jerusalem.

5] In a Jewish wedding, as part of the climax and most exciting part of the ceremony, the groom will break a glass and recite the verse from the Psalms: “If I forget thee, Jerusalem, let me forget my right hand. Let my tongue cleave to the roof of my mouth if I don’t remember you, if I don’t place Jerusalem above all my happiness”.

6] Jews have four fast days arranged around commemoration and mourning over the destruction of Jerusalem, one fast lasting 25 hours.

7] Jews have proclaimed for millennia on the holiest day of the year: “Next year in Jerusalem!”

8] Judaism commands every Jew to make a pilgrimage to the temple in Jerusalem every year, three times a year.

9] Since King David, 3,000 years ago, the highest religious and political officials of the Jewish nation have traditionally – when possible – resided in Jerusalem.

10] There is a three week mourning period in the summer over Jerusalem.

I could go on – but I think the picture is clear. Do Christianity and Islam have the same relations, laws and customs regarding Jerusalem? I’m not an expert, but to the best of my knowledge the answer is: no.

The source of Jerusalem’s uniqueness and sanctity is Judaism. Christians revere Jerusalem because 2,000 years ago a particular Jew went to the Jewish temple in Jewish Jerusalem. Islam attached itself to whatever was holy to others without any historical or religious source. After all – no Islamic king or caliph ever made Jerusalem their political or spiritual capital.

In a meeting between former Israeli soldiers and former Jordanian soldiers who had fought each other in Jerusalem in 1967, the Jordanians said that while they’d fought like lions, the Israelis had fought as someone who Jerusalem belongs to rightfully.

The U.N. and others want Jerusalem to be an open city, an international city – sui generis. Why? Is there another international city? Under Arabic-Islamic (Jordanian) rule there was no freedom of religion in Jerusalem; only under Israeli rule has there been free access to all religions. Why should the Jews be exposed to “special treatment” by taking their Holy City, their capital city, and giving it to someone else?

Imagine that the U.N. would say to France: “Paris is the “city of lights” that all humanity loves, therefore we’ve decided to take Paris from you and turn it into an international city”!

Imagine someone said to you: “Everybody loves your wife/husband!” Wouldn’t you be proud and happy? But imagine that the next thing they said was: “therefore we wish that you cancel your unique ties through marriage and share him/her with everybody” – wouldn’t you be outraged?

When you say Jerusalem is holy to all, dear to all – I am happy and proud. However – she is my Jerusalem, first and foremost, and you are very welcome –as guests. 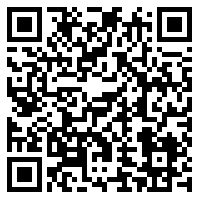