The Jewish Sages said that you should never scorn anyone, regardless of how insignificant they may (mistakenly) seem to you. Every person has their hour, the hour the world needs them. I may be a “nobody”, inside every “nobody” there is a “somebody” struggling to get out and express what they alone can uniquely tell the world. This may be my hour for the “somebody” in me to be revealed and give a good piece of advice.

As I wrote in my last blog-post: the experts on the peace process in the last ninety years, more so in the last 69 years, more so in the last 50 years and even more so in the last 25 years since the Oslo Accords – have all been utter failures. All their theories and efforts, especially the efforts wasted on pressuring Israel, haven’t brought peace any closer, and quite the opposite. Everything the experts “know” and have tried – isn’t the correct path at all; they’ve all failed miserably, and there is no rational reason to think that trying the same path and methods will produce a different result that the results obtained until now since the early 1920s.


I have a simple plan for taking steps towards a normalization of relations between the Arab world and the Jewish State. There are some simple steps that the West, with the U.S. in the lead, can take, in order to bring some normalcy to the lives of Arabs and Israelis. Here is part one:

1] The time has come for the West to openly and blatantly tell the Arab world: you have tried to annihilate the Jewish state because of your intolerance, thereby consistently harming your own peoples while the Jewish state has thrived, in spite of all your efforts at genocide. The Arab world must stop this and accept not only de facto but de jure and as a matter of historic fact and morality that the Jews are the owners of the Holy Land and have the inalienable right to sovereignty in their ancient-modern homeland. In short: accept fully and publicly that Israel is the realization of the Jewish right to self-determination to their own sovereign state in their own homeland. This includes accepting that it is immoral and racist to create a “Pale of Settlement” limiting where Jews can live in the Holy Land.

2] The result of accepting this historic and moral fact must lead to admitting that all talk about Palestinian rights and nationalism are in truth detached from fact, history and morality, and have only been used by the Arab world – initially at Soviet Russian instigation – as a propaganda tool against the Jews. There never was nor is a “Palestinian” national entity and therefore there is no cause for another Arab state in the Middle East. There are people whose needs must be addressed – but that will come in part two.

3] As a result of accepting that truth – the time has come to normalize the lives of those people being held as hostages to the unrelenting war against the Jews. The time has come to resettle all the actual surviving refugees from the Arab-Israeli conflict (somewhere between 30 and 50 thousand people), and their offspring. UNRWA will be immediately disbanded and its bloated budget re-routed to the actual solving of people’s problems by having them absorbed in the host countries wherever they live now. This would be the first practical step to take, in addition to the formal declarations of recognition mentioned above: clear out all the “refugee” camps and resettle the people where they now live, with full equal rights.

4] The Arab world must educate their young in light of all the above; it’s the only long-term hope for a real change of heart towards peaceful coexistence with the Jewish state.

You may say I’m a dreamer, but I’m not the only one. 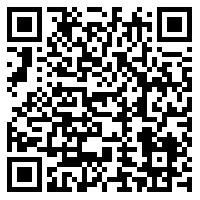