Ask most Jews in Israel: “What was the moral, spiritual reason that the Second Jewish Temple in Jerusalem was destroyed by the Romans in the year 70?” and they will answer the reason given by the Sages, almost 2,000 years ago: “Because of what is called in Hebrew “sinat chinam”.

The usual translation goes as follows: “sinah” means hatred, “chinam” means free or baseless, therefore: baseless hatred. However that’s only partially correct. What it really means is this: in Jewish thought there are clear definitions of good and evil, true and false, moral and immoral, definitions that aren’t subject to changes according to the fashionable fad of the day. The Bible calls on those that seek God to hate and resist evil, to pursue justice and true peace – but without hating those that hold ideas that are considered evil. Baseless hatred is when instead of hating and resisting an evil doctrine – I hate the persons and attack them personally, to the extreme point that I erroneously think that the world would be a better place not just if their ideas didn’t exist – but if they themselves also didn’t exist in the world. In contrast the Psalm says: “Sins will cease from the land, and there will be no more evil people”; our Sages emphasize that if the sins disappear, not the sinners, rather when the sinful doctrines disappear – then there won’t be any sinners, because they will have changed for the better.

In spite of this well known accepted tradition as to the moral lesson to be learned from the destruction of the Second Temple – there are those who claim that religious extremism caused the destruction and is indeed the root of most evil, most wars and the most vicious wars.

Were the ancient empires, Assyria, Babylonia, Persia, Greece-Macedonia, Rome or Parthia, motivated by religious reasons? No.

How about medieval wars? Where the Chinese, Mongols, or Vikings, to name just a few, motivated by religion? No. Was Christian on Christian or Muslim on Muslim dynastic war religiously motivated? Obviously not.

In the modern world most wars were not religiously motivated at all. The most destructive wars – WWI and WWII – had nothing to do with religion at all.

So from where does the fear of religious war come from? Two possible trains of thought:

1] ‘The best defense is a good offense’: before someone points out to the anti-religion humanist that the “secular religions” – in the sense of blind faith in a man-made doctrine, such as Communism, Nationalism and Fascism – caused two world wars, countless persecutions and executions, resulting in well over 160 million dead, the anti-religionist falsely attacks religion as being responsible for all the hate, wars and suffering in the world. Apparently that attack seems to be based either on the assumption of ignorance of history on the part of the listeners, or perhaps the ignorance of the speaker attacking religion!

2] Those who claim to be pluralists and reject religion, regard all religions as equally guilty of preaching war. But are they?

Christianity claims to be a universal religion, but even President Obama had to go back to the 11th century crusades to find an example of a Christian war against another religion. Inter-Christian war is closer to our times: the Catholic-Protestant wars of the 17th century. Those started as religious wars but ended with mixed Catholic-Protestant coalitions based on the regular dynastic grabs for power that had little to do with any religion.

Judaism doesn’t claim to be a universal religion, doesn’t wish to conquer the world or convert humanity to Judaism. The Jewish nation wishes only to conquer its own tiny land, and that happened back in biblical times. Today the Jewish State only tries to defend itself and certainly has no plans of conquest.

Islam is indeed different: it claims to be a universal religion that all humanity must accept, whether willingly or by the sword, thereby motivating some of its believers to wage imperialist since its inception to this day. But political correctness has called any criticism of Islam “Islamophobia” thereby closing free speech on the matter. What’s left is the false mantra that all religions cause war.

As one of my teachers used to say in high school: do not be confused! 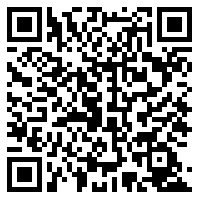