“You had abandoned all hope of being dug out?”

“You know that you are recalled to life?”

“Shall I show her to you? Will you come and see her?”

“Recalled to life” is one of my favorite passages from English literature. However, the life I think of and the two cities in my mind are different than Dickens.

I see the above dialogue thus:

“You had abandoned all hope of being dug out?”

“No! Never! Long ago and throughout the centuries I knew we would return to our homeland and our homeland was waiting for us.”

“You know that you are recalled to life?”

“The prophets – they told us so. The historical events of the last two centuries – they have told us so. But not all know, or acknowledge, or are happy.”

“I have never stopped living even though outwardly I wasn’t alive, just scattered limbs with life hidden in them. But I always – always! – have a strong will for life.”

“I will, but not all of us are wise enough or brave enough to come see her.”

The city that tried to bury the Jewish nation was Rome; the city that in my mind represents where the Jews are currently buried is New York, but it could be Los Angeles or Chicago, London or Paris, Moscow or Toronto; all the cities where Jews live as individuals but have forgotten we are meant to be a Godly, moral nation. It is where Jews have still forgotten the hope to be recalled to life – or no longer wish to live it.

The city where life is, of course, is Jerusalem, but also Tel Aviv, Beersheba, Haifa and any of the myriad towns and villages that stand today where nothing stood two hundred years ago.

When I think of the gap between the Jews in the Diaspora and the Jewish Nation in its homeland, the gap between Israelis and Jews abroad, in ideas, customs, politics, moral attitudes and daily life, I think it all stems from this basic fact: the Jewish people have been recalled to life and some haven’t heeded the call but have stayed in the exile. Here in Israel we are living once again, the past around us, the future before us; in the diaspora, the exile, the past is so very far distant in the past and the future is buried as long as Jews choose to remain buried.

Soon Jews – at least those not totally cut off from their identity – will go to the synagogues and listen to the blast of the ram’s horn, the shofar. They will also pray for life, for themselves, their families, their people and the entire world. But in order to receive the gift of life one must do all that is possible to live life! For that we have to hear the messages of the shofar, which are many.

One of the messages of the shofar is something that is mentioned in the daily prayers: “Sound a great Shofar for our freedom and raise a flag to gather our exiles, and gather us together quickly from the four corners of the earth to our land (of Israel). Blessed are You, that assembles the displaced of His people, Israel.”

You see – the shofar is recalling Jews to life. The regular small horn that someone holds in his hand – that’s for the New Year in every community. But the “great Shofar” – that is the Divine sound recalling us to life.

I say to my brothers and sisters in the diaspora: you are recalled to life, come and join us!

Have a happy and lively new year! Shanah tova umetuka! 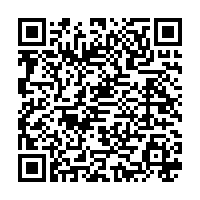