This Wednesday, Israel will celebrate fifty years according to the Hebrew calendar since the restoration of Jerusalem to Jewish-Israeli sovereignty, as well as the return of Judrea and Samaria, the historical and Biblical heartland of our homeland, to our control.

It will be fifty years since the miraculous Six Day War.

Before that war Israel was hemmed in within indefensible lines with no strategic depth, where Arab artillery could shell at will Tel Aviv, Jerusalem, the national airport and almost anywhere in the country. Israel was continuously – and especially in the spring of 1967 – threatened by all our neighbors with national and individual extinction. The heart of our homeland was under foreign occupation by the Kingdom of Jordan. The heart of our life, as a nation, a religion and as individual Jews – Yerushalayim, known to non-Jews as Jerusalem – was under that same foreign occupier whose capital city remained Amman. In six miraculous days Israel went from being in a situation of existential threat to existential salvation, pushing back the enemies who wished to annihilate us, reaching defensible borders, redeeming the heart of our homeland, and above all – freeing our Holy City, Jerusalem, from foreign yolk, after almost nineteen hundred years of imperialist occupations.

The Six Day War really marks the end of the Israeli War of Independence. The 1947-1949 Arab war against the Jewish people ended only in a series of armistices, pending peace treaties that the Arab countries refused to negotiate. Therefore in June, 1967, Israel was formally and legally still in a state of war with all its immediate neighbors, as well as some of its non-immediate neighbors in the Middle East. The 1967 lines were in no way legal borders, but rather just the lines of the respective armies at time of the armistice agreements. Israel’s War of Independence had lasted almost twenty years, ending only with the Six Day War.

Allow me to use only the original name of the Holy City, not the distorted name as used in translations. Just as people in the West no longer refer to the capital of China in the Romanized version, Peking, but rather Beijing, so, too, people in the West Should get used to saying not Jerusalem, but rather Yerushalayim.

It should have been a simple thing for the Western World to rejoice with the return of Yerushalayim to Jewish-Israeli sovereignty, as it is a profound event of justice. It would be a celebration of justice, of the ultimate triumph of the native people against all imperialist comers.

In 1906 the first meeting between British leader Arthur Balfour and the Zionist leader Chaim Weizmann took place. Balfour could not understand why the persecuted Russian Jews refused the offer of a safe asylum in Uganda, insisting on returning only to the Holy Land. Weizmann tried to explain why the Zionists could not accept a home anywhere but Jerusalem.   Weizmann said, “Suppose I were to offer you Paris instead of London.”
Balfour sat up straight and replied “But, Dr. Weizmann, we have London”.
“That is true,” Weizmann said, “but we had Jerusalem when London was a marsh.”

Fifty years, the number of years of the Jubilee cycle, is a significant time post. I believe all honest, truth loving and justice seeking people in the world should join us in rejoicing. As my former mentor, Rabbi Tzvi Yehuda Cook, said when he first reached the Western Wall in 1967 with the restoration of Jewish sovereignty to the Holy City, even as the last shots were still being fired in the Old City: 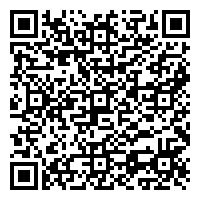