Stored forever in my long term memory is the episode of Mr. Perlman and the ice cream cone. I was four and had just come out of Baskin Robbins with an ice cream cone. Just two doors away was Perlman Optical. As my mother and I passed the eyeglass store, two things happened concurrently: Mr. Perlman came out of his store and my scoop of ice cream fell off my cone onto the pavement with a splat.

As a child, my world was comfortingly small. I lived in a tight-knit Jewish neighborhood called Squirrel Hill, in Pittsburgh. Everything I knew and wanted was within walking distance from my home, on the block of Forbes St. between Murray and Shady avenues, which included Baskin Robbins and Mr. Perlman’s shop. I’d known Mr. Perlman since forever.

Most of the members of my family were his myopic customers and I myself had been fitted for my first pair of eyeglasses at the age of one and a half years. There was only one pair of glasses in the store small enough to fit me at that age. They were hideous cat-eye glasses in sparkly beige. My mother was always yanking them off my face when cameras were in view. As a result, I have not a single photo of me wearing them. Yet I remember them clear as day.

I recall the shock and pain of seeing my ruined ice cream on the street and how my throat choked up as the tears began to gather. But before the waterworks could begin, Mr. Perlman whipped out his wallet and gave a quarter to buy another cone. He said, “That’s too bad, but here, you can buy a brand new one, okay?” and he chucked me under the chin.

My mother said to me, “Isn’t that nice of Mr. Perlman? What do you say?”

But I needed no prompting for this one. I was sincerely touched by his kindness—his generous response to my pain. “Thank you!” I said. Mr. Perlman patted me on the head and continued on his way while my mother took me back to Baskins for a new cone.

Such a small moment in my fifty-two years, but one with so much impact I remember these events as if they occurred only yesterday. It was just so nice of Mr. Perlman to forestall a little girl’s tears. He didn’t have to do that. It wouldn’t have affected his business. We still would have purchased our eyeglasses from him.

Why did this memory stand out so clearly from the flotsam and jetsam of half a century’s memories? Was it the kindness of an adult toward a child, the pain of losing my ice cream followed by the joy of having it restored?

I don’t think so. I don’t think it was any of that. I think it was about becoming important to an adult outside the family in that moment. My pain made me important because it was legitimate and deserved to be addressed. And as a Jew and a mensch, Mr. Perlman did the right thing and opened his heart to me.

A CHILD’S PAIN In so doing, he not only salved my pain but demonstrated the right way to act. He showed me that a child’s pain over as small a thing as a scoop of ice cream is as important as the monumental difficulties that beset man throughout a lifetime. Mr. Perlman was able to be with me in that moment, as one human being to another, despite my age and the relative unimportance of the issue causing my distress.

I learned how to listen in that split second—the one that fell between losing my ice cream and getting a reprieve in a chance encounter—the one that might just as well have been lost forever, a lost opportunity. I learned that pain is pain, no matter the cause or who feels it. And in realizing that someone cared about me to that extent, well, I blossomed. My character had a growth spurt. 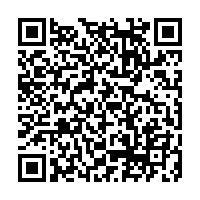