What a coup it would be, for Team Obama to turn two weeks of dithering and squandering American credibility on the Syria question into a narrative of courage under fire and successful brinkmanship.

Could it happen?  It happened for John F. Kennedy.  Granted, he had Arthur Schlesinger to write a narrative for him afterward.  And his administration did a better job of keeping secrets than the Obama administration does.  It was only years later that the public began to realize how big a concession it was to Nikita Khrushchev to resolve the Cuban missile crisis by secretly removing U.S. theater ballistic missiles from Turkey.

The missiles of October

The missiles, which had barely arrived at their bases in Turkey in October 1962, were intended to function as a deterrent in the NATO defensive posture vis-à-vis the Soviet Union.  The script of the movie Thirteen Days (Beacon Pictures, 2000) gratuitously added an erroneous adjective about the “Jupiter” missiles – “obsolete” – to suggest that what was being traded for the Soviets’ removal of their missiles from Cuba was a meaningless gesture.

But the Jupiter missiles weren’t obsolete.  Production had started in 1956, and deployment of the missiles had first begun (in Italy and Turkey) in 1961.  They were intended to protect NATO Europe for at least the next decade.  They used liquid-fueled rockets, at a time when the U.S. had decided that the next generation of medium-range weapons would be designed to use solid fuel.  But in 1962, they were our only land-mobile medium-range missiles.  (The Thor missile, also liquid-fueled and with a similar range, was installed in the UK in the same time period, but used fixed launch installations only.  Being deployed from the UK, its reach into the Soviet Union was much more limited.)  Removing the Jupiters from Turkey meant removing the deterrent they represented, with nothing to replace it.  Khrushchev got a major concession from us, in his horse-trade for the missiles in Cuba.

Nevertheless, the Cuban missile crisis lives in American memory as a triumph of U.S. tenacity in the Cold War.  (It does not occupy that place in the memories of our European allies.  The abrupt, unilateral decision by the Kennedy administration to simply trade away the Jupiter missiles on which the nations of Europe had understood they would be relying was one of the factors in France’s decision to separate her armed forces command structure from NATO’s.)

We don’t know whether Khrushchev’s move in Cuba was a bargaining gambit all along; I tend to doubt it.  But what we do know in 2013 is that the Cuban missile crisis was not a moment of greatness for the United States.  It turned out, in essence, to be a moment of extortion, for a president who was probably concerned mostly that if we attacked the Soviet missiles in Cuba, the Soviets would feel free to attack our assets on the perimeter of the Warsaw Pact.

A moment of unbelievable smallness

Fast-forward to September 2013, and review the bidding on Syria.  The U.S. may or may not conduct an “unbelievably small” attack on Bashar al-Assad’s chemical weapons stores; the decision may or may not depend on a vote in Congress, which, as of today, looks exceptionally bleak for the president.  John Kerry, speaking hypothetically a few hours ago, informed the public that there’s no way Assad would agree to resolve the chemical weapons situation by allowing the UN to inspect and take custody of his weapons – whereupon the Russians promptly made exactly that proposal, and Assad promptly voiced a favorable reaction to it.

Now the “UN inspectors” proposal looks like the perfect way out of the mess, and is gaining momentum among pundits and politicians.  In an interview with Chris Wallace of Fox News today, President Obama said austerely that we would consider the option, managing not only to intimate that the option wouldn’t be on the table if not for his threat of force against Assad, but to proclaim that, if we went forward with it, he would act on the basis favored by Ronald Reagan: trust, but verify.  Talk about your rhetorical-high-ground double-plays.

The Fox News panel may laugh at the transparent opportunism of it all, but as I watch the local ABC news broadcast on my TV screen as I type this, the “UN inspectors” proposal is being packaged (by ABC’s national news team) as a serious option, and the Obama administration as a serious player in it.  There is no sense being conveyed of it being a cynical Russian proposal, or of the Obama administration running along behind it trying to jump on a train that’s leaving the station. 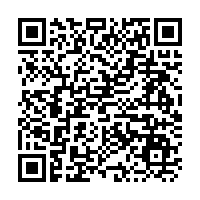