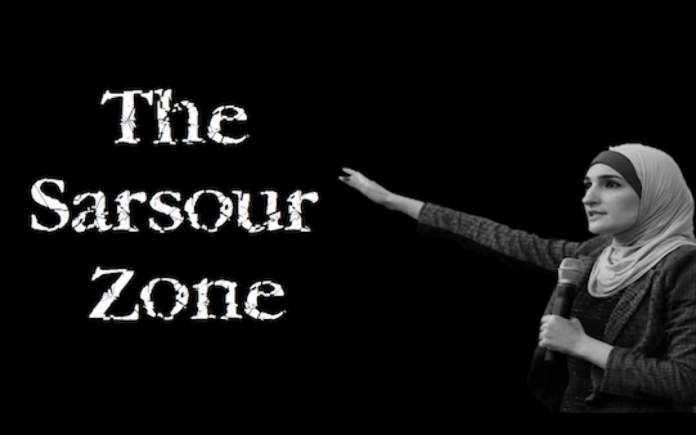 {Reposted from the Elder of Ziyon blog)

On Sunday, Marc Lamont Hill did his usual apologetics for BDS and pretending that BDS is against all forms of oppression and racism. But a committed American Muslim woman who is heavily involved in the Democratic Party called him out. 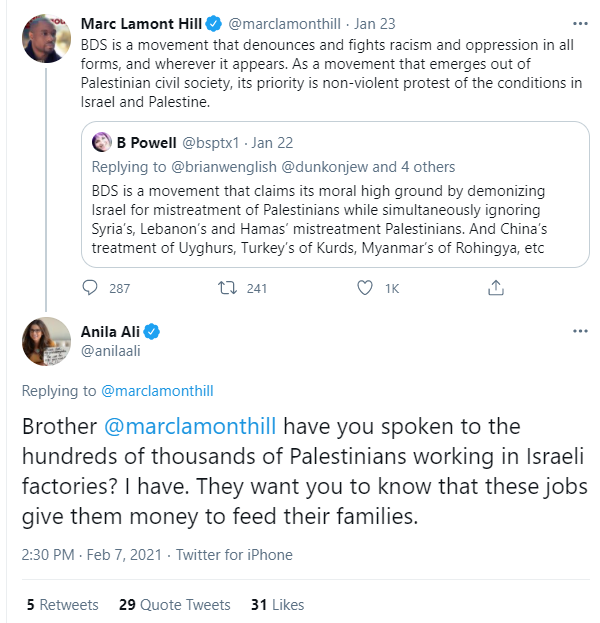 Hill absurdly responded that Palestinians support boycotting working for Israelis – by quoting their trade unions, who of course are threatened by the existence of any jobs they cannot control! 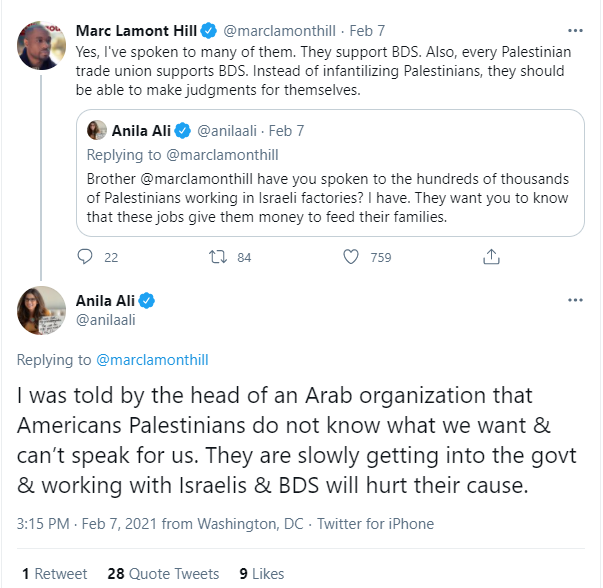 Anila then challenged Hill to a debate, which he of course declined, because he wants the entire world to be focused on hating Israel and nothing else that affects Muslims. 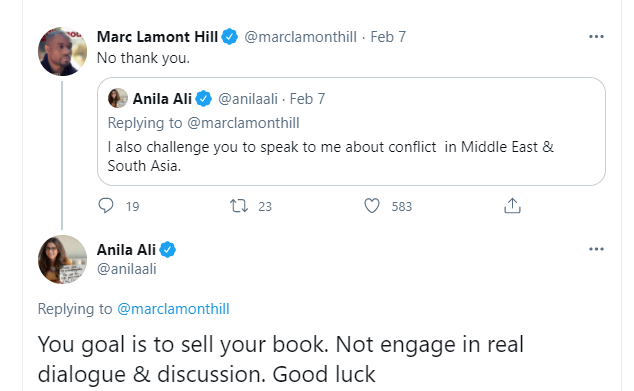 Even funnier was Linda Sarsour’s response to Hill. 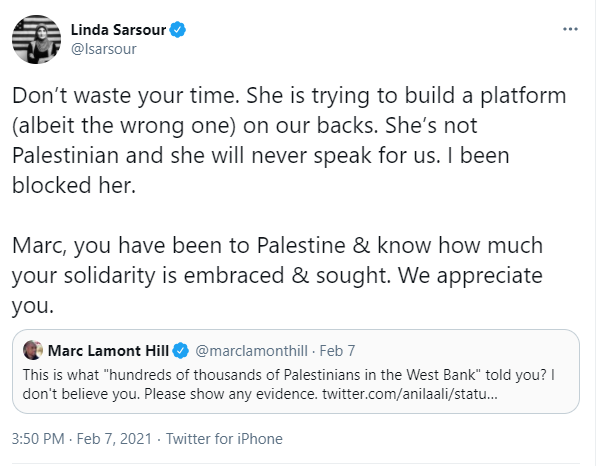 This is the person who pretends to know what Jews think about antisemitism.
This is the person who thinks that a Black professor from Philadelphia can speak for Palestinians because he has visited there, but a Muslim woman from Pakistan who has also visited there must be silenced.
This is the person whose entire life revolves around building platforms to promote her own political career.
We see how much Sarsour and Hill cherish the opinion of others. How much they care about what Muslim women think.
They want to silence any other opinions, to portray Muslims as being monolithic and having only one point of view. Their power comes from that myth – “this is what the Muslims demand.” The lack of media attention for alternative viewpoints like those of Anila Ali helps promote this myth.
Unlike Sarsour and Hill, Anila Ali actually cares about oppressed Muslims everywhere. While I am sure I disagree with her on many, many topics, she is worthy of respect because she actually cares about people – not supporting those who want to use Palestinians as props for their own book sales.
As far as whether Palestinians are against working for Israelis: Palestinians are falling over themselves to work for Israelis, both inside the Green Line and in settlements. Over 13% have jobs for Israelis. A significant part of the Palestinian GDP comes from those workers. Their salaries are more than double those who work domestically. While some do get taken advantage of, they have the same rights as any Israeli worker.
Back in 2010, the PA tried to pass a law to ban Palestinians from working in communities in Judea and Samaria. The PA backed down, because so many were getting paid so well and there was no comparable work for them in Palestinian controlled areas.
When Hill and Palestinian political figures say what Palestinians want – they are lying. The Palestinians’ own actions prove it, every single day.
Advertisement 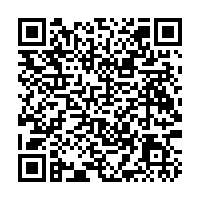