I decided to choose a random page of the Amnesty International’s “Israel’s Apartheid Against Palestinians” report, just to see if I can find dishonesty on every page.

Pretty much.
On page 73, Amnesty says:

Palestinians on the other hand are treated by the Israeli state differently based on its consideration of them as having a racialized non-Jewish, Arab status and, beyond that, as being part of a group with particular attributes that are different from other non-Jewish groups. With respect to Palestinian citizens of Israel, the Israeli Ministry of Foreign Affairs officially classifies them as being “Arab citizens of Israel”, an inclusive term that describes a number of different and primarily Arabic-speaking groups, including Muslim Arabs (this classification includes Bedouins), Christian Arabs, Druze and Circassians. However, in public discourse, Israeli authorities and media generally refer only to Muslim Arabs and Christian Arabs – those who generally self-identify as Palestinians – as Israeli Arabs and associate them with Palestinians living in the OPT and beyond, using the specific terms Druze and Circassians for those other non-Jewish groups. The authorities also clearly consider Palestinian citizens of Israel as a single group different from Druze and Circassians since they exempt this group alone from military service in “consideration for their family, religious, and cultural affiliations with the Arab world (which has subjected Israel to frequent attacks), as well as concern over possible dual loyalties.”[206] 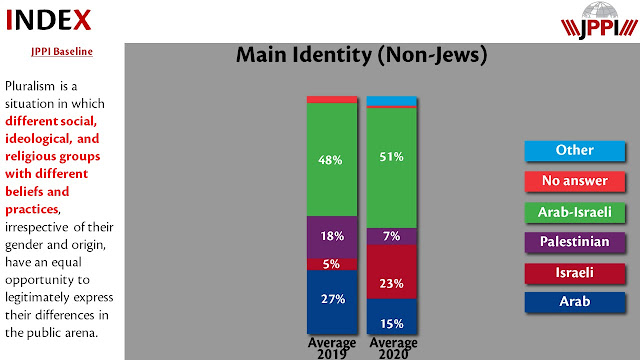 In this world of wokeness where people are supposed to respect how others refer to themselves, Amnesty is decidedly barbaric.

Footnote 206 is from the Israel’s Foreign Ministry. Amnesty is implying that Israel purposefully keeps a separate policy for Israeli Arabs and the Druze/Circassian communities because of fears of dual loyalty, and that this distinction proves Israel is discriminating against Israeli Arabs because they are “Palestinians.”
Here is the bolded quote in context:

Since Israel’s establishment (1948), Arab citizens have been exempted from compulsory service in the Israel Defense Forces (IDF) out of consideration for their family, religious, and cultural affiliations with the Arab world (which has subjected Israel to frequent attacks), as well as concern over possible dual loyalties. At the same time, volunteer military service is encouraged, with some choosing this option every year. Since 1957, at the request of their community leaders, IDF service has been mandatory for Druze and Circassian men, while the number of Bedouin joining the career army voluntarily increases steadily.

Amnesty is trying to paint this as proof of official Israeli discrimination. The actual quote shows that Israel’s treatment of different groups aligns with how they want to be treated. And Arabs who want to take advantage of the social benefits of army service are perfectly free to do so.
The truth is the exact opposite of how Amnesty is trying to paint it.
The MFA article is worth reading. It is far more accurate than Amnesty’s description of Israel. It honestly notes the problems that Arabs have in a majority Jewish society, and it emphasizes how Israel is trying to improve things – details that Amnesty doesn’t want its readers to know.
Here is the truth, and Israel doesn’t lie about the real issues about full equality:

Arab citizens, who constitute more than one-sixth of Israel’s population, exist on the margins of the conflicting worlds of Jews and Palestinians. However, while remaining a segment of the Arab people in culture and identity and disputing Israel’s identification as a Jewish state, they see their future tied to Israel. In the process, they have adopted Hebrew as a second language and Israeli culture as an extra layer in their lives. At the same time, they strive to attain a higher degree of participation in national life, greater integration into the economy and more benefits for their own towns and villages.
Development of inter-group relations between Israel’s Arabs and Jews has been hindered by deeply-rooted differences in religion, values, and political beliefs. However, though coexisting as two self-segregated communities, over the years they have come to accept each other, acknowledging the uniqueness and aspirations of each community.
Pluralism and Segregation:

As a multi-ethnic, multicultural, multi-religious, and multi-lingual society, Israel has a high level of informal segregation patterns. While groups are not separated by official policy, a number of different sectors within the society are somewhat segregated and maintain their strong cultural, religious, ideological, and/or ethnic identity.
However, despite a fairly high degree of social cleavage, some economic disparities and an often overheated political life, the society is relatively balanced and stable. The low level of social conflict between the different groups, notwithstanding an inherent potential for social unrest, can be attributed to the country’s judicial and political systems, which represent strict legal and civic equality.
Thus, Israel is not a melting-pot society, but rather more of a mosaic made up of different population groups coexisting in the framework of a democratic state.

Amnesty justifies their disrespect for Arab Israelis with their hate for Jewish Israelis.
Israel’s strength is in respecting each ethnic and religious group and treating them as they themselves want to be treated, with an underlying framework of legal equality to protect them from the very thing that Amnesty is claiming Israel is guilty of.
Israel’s “mosaic” is more respectful of human rights than most Western societies are, which insist on homogenization. Obviously being a citizen brings with it responsibilities, but as I’ve noted, Israel’s tolerance for Muslims far exceeds that of most Western European countries.
This one page, when read honestly, proves not only Israel’s liberalism but also Amnesty’s illiberalism.
Funny how the most “progressive” people are also the most intolerant.
Advertisement 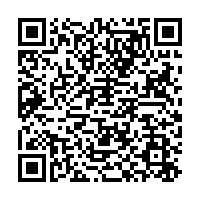