The article by Mondoweiss, “If billionaires have no right to exist, what about Israel?” is idiotic, of course, both trying to justify why the Jewish state shouldn’t exist and then saying that this position isn’t a call to ethnic cleansing because it is unlikely to happen.


Rather than demolish the article, which isn’t worth taking seriously, it prompts one to wonder if there is anything Israel has in common with billionaires, since both are so hated by the Left.

Indeed there is. Both Israel and (self-made) billionaires exist as a result of years of hard work. They didn’t just pop up out of nowhere – they exist because of strategy, a plan, and execution of that plan. And they continue to exist because they work hard to stay ahead of competitors and detractors. They anticipate risks and work to counter them before they become existential threats.

People who hate billionaires and Israel say that this isn’t “fair.” But it isn’t only fair – it is the fairest thing imaginable, where results come directly from effort and brains. Work hard, get ahead. Be lazy, fall behind.

This is an oversimplification, of course. There are plenty of people who work hard and cannot escape their poverty. There is nothing wrong with wanting to help people who make an effort and cannot succeed. But both the Bernie supporters and the anti-Israel activists aren’t trying to help the victims as much as they want to punish the successful.

In short, while they like to pretend that they are trying to help the poor/Palestinians, they are really jealous of the success of billionaires/Israel.

Redistributing wealth and forcing Israel to give lands to Palestinians for free are the same demand. “You are too successful, so you must be penalized.”

Are there other ways to help the lower class and Palestinians? Sure, but they aren’t as easy. Nothing is easier than telling other people what they must do to fix problems.

Again, I am not saying that some people who are down on their luck shouldn’t receive governmental help. But these leftists are going way beyond that in blaming successful people for the plight of the unsuccessful, which is completely untrue. Life isn’t a zero-sum game: there isn’t a finite amount of money to be distributed and there isn’t a finite amount of “fairness” in the Middle East. It is possible to find win/win solutions. But the Left doesn’t want to consider them. They want villains that they can blame for the world not working the way they want it to.

So, yes, there are some things that billionaires and Israel have in common. 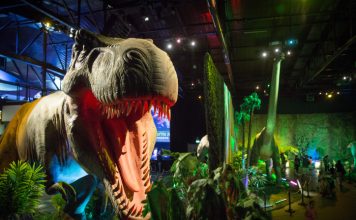