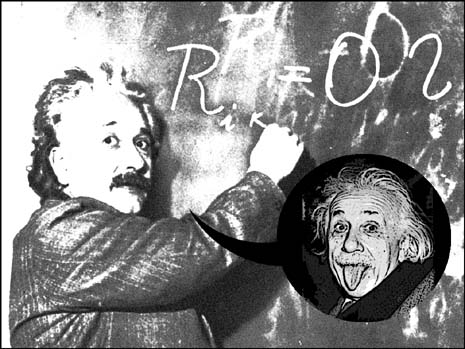 Jordanian member of parliament Saleh al-Armouti is upset that a book by Albert Einstein is freely available in Jordan – because it is Zionist.
He composed a parliamentary question to the Minister of Culture asking why it promotes a book that promotes and supports Zionist ideology, settlement activity and the “occupation of Palestine.”
The book he is referring to is “The World As I see It,” a pamphlet by famed scientist Albert Einstein, written in 1934.
Al Armouti was concerned that the book includes sections exhorting the Jews of Germany to support building up Palesine. He is also upset at these phrases in the wook:

“Palestine is not primarily a place of refuge for the Jews of Eastern Europe, but the embodiment of the re-awakening corporate spirit of the whole Jewish nation.”
“The pursuit of knowledge for its own sake, an almost fanatical love of justice, and the desire for personal independence–these are the features of the Jewish tradition which make me thank my stars that I belong to it.”
“Palestine will be a centre of culture for all Jews, a refuge for the most grievously oppressed, a field of action for the best among us, a unifying ideal, and a means of attaining inward health for the Jews of the whole world..”

The book was apparently distributed by the Ministry of Culture as part of its annual Family Library Project which publishes a variety of texts.
Al Armouti asked the Ministry why it is marketing a Zionist book, who was responsible for this decision, who paid for the publishing costs. He also says that the contents of the book would provide toxicity for generations of Jordanians.
He further claimed that Einstein’s words are “a violation of the Jordanian position and the Jordanian principles, of international law and international legitimacy, and breaches global peace and security according to the United Nations Charter.”
Einstein in the book wants to see peace between Jews and Arabs:

It is for us to solve the problem of living side by side with our brother the Arab in an open, generous, and worthy manner
We need to pay great attention to our relations with the Arabs. By cultivating these carefully we shall be able in future to prevent things from becoming so dangerously strained that people can take advantage of them to provoke acts of hostility. This goal is perfectly within our reach, because our work of construction has been, and must continue to be, carried out in such a manner as to serve the real interests of the Arab population also.

I have a feeling that MP Armouti does not share those sentiments.
Advertisement 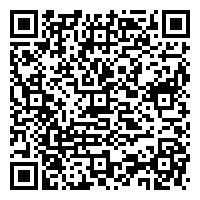