Israel closed the Tomb of the Patriarchs in Hebron for ten days at the same time that it increased the lockdown in most of the country to stop the spread of the coronavirus.

Even though Israel does not agree that the lands of Judea and Samaria are legally considered occupied, Israel’s High Court of Justice usually applies the laws of belligerent occupation when deciding what is allowed in those areas. It is still important to understand whether Israel is adhering to international law of belligerent occupation, especially when prominent human rights organizations claim that it is violating those laws.
As we have shown, Israel is not obligated to provide Palestinians living in those areas with vaccines when their own leaders have indicated that they can handle the epidemic and the procurement of vaccines themselves. The local authorities are the ones with the primary responsibility of maintaining health. It is absurd to say that because Israel built an infrastructure to provide vaccines to its people before every other country on Earth that it must provide vaccines for Palestinians at the exact same time, especially when the Palestinian leaders do not want to get the vaccines from Israel and have been making arrangements to receive different vaccines that could be given to their people sooner than it would take to acquire the special refrigeration equipment the Pfizer vaccine needs.
The question of the Tomb of the Patriarchs is interesting because it is the flip side of the same question. In this case, the local authorities are against a health measure that Israel wants to enforce. In this case, does Israel have the right, or even obligation, to enforce health rules in opposition to the wishes of the Palestinians?
Once again, we see that Israel is following the Geneva Conventions.
The ICRC’s commentary of same Article 56 that says that Israel must work with local authorities to ensure the health and safety of the population also says when Israel must override those authorities:

It will be remembered that Article 55 requires the Occupying Power to import the necessary medical supplies, such as medicaments, vaccines and sera, when the resources of the occupied territory are inadequate. It will also be able to exercise its right to requisition, and demand the co-operation not only of the national and local authorities but also of the population in the fight against epidemics.

The Palestinian Authority has the resources to acquire vaccines, but it is not cooperating with Israel in lockdowns. Israel has every right to force those lockdowns when the local authorities are unable or unwilling to.
To be sure, deciding when such a move is needed is often a judgment call. And there is one other part of Geneva that gives the Palestinians more considerations in this case:

In adopting measures of health and hygiene and in their implementation, the Occupying Power shall take into consideration the moral and ethical susceptibilities of the population of the occupied territory.

The last paragraph provides protected persons with a further safeguard, in that any measure of public health and hygiene the Occupying Power feels it should take in order to comply with the above stipulations must pay due regard to the habits and customs of the population (3).
The purpose of the provision is to ensure respect for sentiments and traditions, which must not be disregarded. The occupation must not involve the sudden introduction of new methods, if they are liable to cause deep disquiet among the population. The provision should be compared with Article 27 [ Link ] , which requires the Party to the conflict to respect, in all circumstances, the religious convictions and practices of protected persons, and also their manners and customs.

In this case, there is a tension between the requirements of ensuring the health and safety of the population and that of respecting religious practices. But even here the language of what Israel may do to fight an epidemic is much stronger than the language of respecting local religious customs – the former is a requirement, the latter is something that must be taken into consideration.
It is also beyond doubt that the objections of the Palestinians to the temporary shutdown is at least as much out of resentment for Israel than out of true religious sentiment. For example, the PA is claiming that Israel adhering to international law is a war crime:

Mahmoud al-Habbash, advisor to President Mahmoud Abbas on religious affairs and Islamic relations, described Israel’s lockdown of the holy site as an inclusive war crime, saying that banning worshipers access to the site could fuel the sentiments of Muslims around the world.

Also instructive is the reaction of Hebron’s Jewish community to the shutdown. The site is at least as holy to Jews as it is to Muslims, yet their reaction to not being able to enter the site is the opposite of the Palestinians’:
After all, there is no greater religious obligation than saving lives.
Once again, Israel is scrupulously adhering to international law, while it is being falsely accused of violating that law. And once again, the accusers don’t care about the laws themselves, but how to twist the laws in ways that demonize Israel.
Advertisement 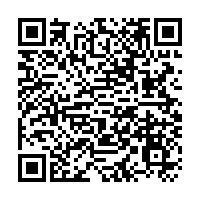