The Euro-Mid Observer for Human Rights has released a laughably biased and inaccurate report about the situation of women in Gaza.

As we have seen before, anti-Israel NGOs like to use any hook they can find to blame Israel and only Israel. The Goldstone Report said no less than eight times that Israel, by attacking Gaza in response to Hamas rockets, was violating the Convention on the Elimination of All Forms of Discrimination against Women, which is beyond absurd.


This report by Euro-Mid shows the same type of bias, specifically using the issue of women’s rights – something Hamas is not exactly known for – as an excuse to condemn Israel.

Access to services in Gaza has been significantly curtailed by the 7 years long Israeli blockade. The ban on the private sector to import construction materials, medical equipment, and machinery impacts every aspect of life in Gaza, which is already highly affected by the frequent Israeli military operations.

There are no Israeli restrictions on medical equipment into Gaza outside of some paperwork. Even anti-Israel groups admit this. Euro-Mid is lying.

Frequent Israeli military attacks have left a large number of women in Gaza on their own to raise their families. Pal-Think for Strategic Studies estimates that in just the aftermath of the 23-day Israeli military operation called “Cast Lead” in 2008-2009, more than 800 new widows were created. These widows suffer from insecure incomes and constant feelings of threat and insecurity, high levels of anxiety and concern about lack of access to education and other services for them and their children.

Given that over 700 of those killed in Cast Lead were terrorists, this means that Euro-Mid is blaming Israel for defending itself because killing terrorists creates widows!

Such stresses increasingly contribute to tension within the family, with 90 per cent of the women describing the blockade and frequent Israeli military attacks as directly triggering higher levels of nervousness, tension and anxiety. A result of these growing tensions is a rise in the divorce rate (perceived as increasing by 24.6 per cent of the interviewees) and violence against women and girls. More than half (58.9 per cent) of the women in the study said they believe domestic violence is a growing problem in Gaza, and an even larger proportion (61.3 per cent) think their children are more at risk. An earlier survey (2011) by the Palestinian Central Bureau of Statistics corroborated the women’s concerns. It found that approximately 37 per cent of Palestinian women in both the West Bank and Gaza had experienced physical or sexual abuse by their husbands in the previous 12 months. A larger 51 per cent in Gaza reported violence within the household directed against at least one member (including children).

Yes, when a Gaza man beats or sexually abuses his wife, he is blameless – it is all Israel’s fault!

I’m surprised that Euro-Mid doesn’t take this to the next logical step – since Israel’s existence is an affront to the Arab world by existing and thriving, it is causing more rape and wife beatings than would occur if Israel would be destroyed. Maybe next year they can put this in their report. (Just give me a hat tip, okay?)

Pregnant women are particularly at risk. A report on the “Situation of and Assistance to Palestinian Women,” produced in December 2012 by the United Nations Economic and Social Council’s Commission on the Status of Women, estimates that 45 per cent of pregnant women in the Gaza Strip suffer from anemia.

Additionally, a June 2012 joint report by Medical Aid for Palestinians (MAP) and Save the Children notes that anemia affects 36.8 percent of pregnant women in Gaza and that anemia can result in “poor pregnancy outcome, reduced work 9 productivity in adults,” and “contributes to 20 percent of all maternal deaths.”

And how does that compare to women throughout the world? Well, according to WHO, about 42% of pregnant women worldwide are anemic. 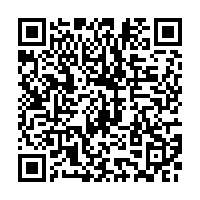