“On November 11, former speaker of the Israeli Knesset Avraham Burg was supposed to give a talk on the Israeli-Palestinian conflict at the Harvard Hillel house. Instead, Hillel barred him from speaking at the Hillel house, and he ended up giving his talk in an undergraduate dormitory on campus. The reason he was barred? His talk was co-sponsored by the Harvard College Palestinian Solidarity Committee.”


Hillel International’s Guidelines for Campus Israel Activities prohibit campus chapters from partnering with groups or hosting speakers who deny Israel’s right to exist as a Jewish and democratic state; delegitimize, demonize or apply double standards to Israel; support boycott, divestment and sanctions efforts against Israel; or foster an atmosphere of incivility. The policy encourages individual campus Hillels to adopt their own policies that are “consistent” with these guidelines.

And so, the student board of Swarthmore College’s Hillel repudiated the International Hillel guidelines prohibiting partnerships with groups deemed hostile toward Israel. Big time.

For the life of me I cannot understand why anyone would imagine that boycotting a speaker from reaching young people would do the boycotting entity any good. It’s a recipe for boosting the injured party’s popularity. But even more important – it allows them to reach their next audience without fear of being challenged by an opposing, informative voice.

Instead of barring anybody from speaking, Hillel should have insisted that they may only appear alongside a reliable spokesperson for the Israeli side.

The Swarthmore Hillel board further wrote:

“Sadly, for organizations bearing the name “Hillel,” situations like these are all too common. Across the country, many Hillels have banned Breaking the Silence, an organization of Israeli soldiers that facilitates talks about the Israeli military and West Bank occupation. Jewish Voice for Peace, which seeks ‘peace and justice for all peoples of the Middle East,’ has never been allowed to affiliate with Hillels. On some campuses, J Street has had a difficult time working with Hillels, and events co-sponsored by Students for Justice in Palestine or Palestine Solidarity Committees have often been banned.”

That’s infuriating – that Hillel would squander these opportunities to teach students about the falsehoods being disseminated by the enemies of Israel, and simply refuse to deal with them is just unacceptable.

The guidelines, stated the board, “would exclude speakers with views like those of Peter Beinart, Judith Butler, and Noam Chomsky.”

Why would Hillel wish to avoid confrontation with these fanatical enemies of Israel? Any well trained Israeli spokesperson, whether from the IDF Spokesperson’s Office or from the Israeli foreign office would easily poke holes in their trite arguments, with eloquence and deep knowledge. Why not challenge them, rather than block their access? Are Hillel officials uncertain about their own Zionist convictions? 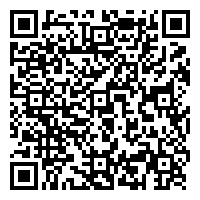