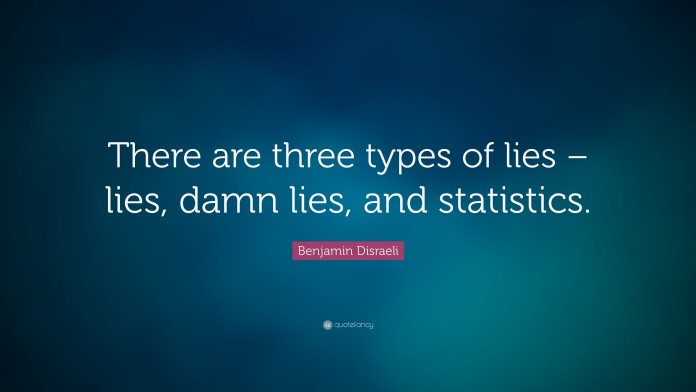 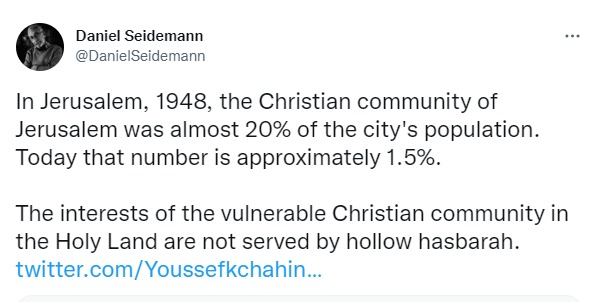 The main factor driving Christian emigration is persecution. In the survey conducted by the Philos Project and the PCPSR, over 40% of Palestinian Christians surveyed indicated that they feel that Muslims do not wish to see them in Palestine. Additionally, 44% feel that there is discrimination against Christians when seeking employment, and 50% describe their economic situation as “bad or very bad.” Nearly 30% have been called a “non-believer” or “crusader” by Muslims.
Palestinian Christians are no strangers to violence. Father Justinus, a monk at Jacob’s Well Monastery on the outskirts of Nablus, a Palestinian city in the West Bank, was beaten in January 2022. The elderly monk has survived 32 life-threatening attacks throughout his time at the monastery.

Seidemann uses percentages, not raw numbers, because the actual number of Christians in Jerusalem has not gone down at all. But the reason that the percentage of Christians has gone down is because the number of Jews in Jerusalem has skyrocketed – and the number of Muslims has gone up far faster than the Jews, from 55,000 to 320,000 since 19671
If Seidemann is suggesting that Christians are leaving because of persecution by Jews – and that is exactly what he wants people to think – then by that logic, Israel has made Jerusalem into a paradise for Palestinian Muslims!
This is another instance where anti-Israel activists rely on their readers being innumerate – subject to propaganda using misleading statistics.
And it happens all the time.
Advertisement 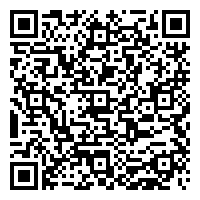