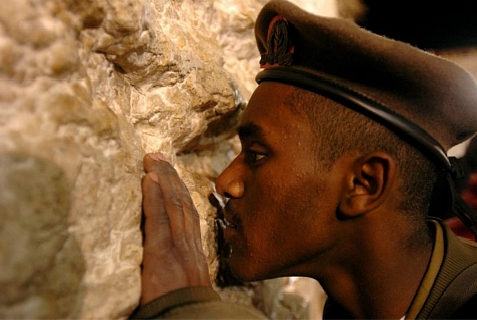 At first glance, this article at Religion Dispatches at first looks like a parody of wokespeak. It includes paragraphs like this:

The language and, we argue, the conceptual categories in which the discourse on Jewish continuity traffics, even by its critics, remain beholden to essentializing cisheteronormative and binary-gendered frameworks. The discourse  continues to reduce and reproduce an uninterrogated reliance on reproductive models that privilege monogamy, marriage, and the state, alongside marginalizing conceptions of “community,” “leadership,” and binary sexgendered divisions of labor, especially reproductive labor.

While it is easy to laugh at this substitution of nonsense for clear writing, the actual arguments of the two authors is much more dangerous.
Their jumping off point is a recent Forward article that says that a tiny number of people are attempting to bring back Steven Cohen into mainstream discourse on Jewish community issues. Cohen was forced to resign from his position at Hebrew Union College after it was revealed that he had engaged in a decades long pattern of sexual harassment.
It is clear that most Jews in Jewish studies are aghast and upset at any hint of rehabilitating Cohen. But the authors, being bigots, generalize the minority to the majority of Jews and accuse anyone who agrees with Cohen that keeping the Jewish people alive is important is complicit not only in his crimes but they are also misogynist, racist, and every other crime one can be.
For example, here is their proof of the racism of people interested in Jewish continuity:

A case in point is the ways in which racism is smuggled into the project of Jewish continuity.
Racism is discernible in the construction of an idea of “Jewishness” as inherently distinct from and preferable to other groups or ethno-religious affiliations. It’s more explicitly visible in Jewish continuity discourses that focus less on Jewish cultural-ritual practices and meaning-making but more on embodied individuals and collectivized populations. Rather than studying how people live Jewish lives, the emphasis is on the numbers of bodies that “count” as Jewish. More disturbing still are the legacies of scientific racism evident in the language of “intermarriage,” “in-marriage,” and “out-marriage.”

Not to invoke Godwin’s law, but if you say that Jews marrying Jews is racist, you are saying that Jews are a race. I thought that thinking was considered antisemitic long ago, but what do I know?
(I am quite skeptical about the claim that people who are interested in Jewish continuity studies only care about Jewish “bodies” and nothing about how people live Jewish lives.)
Here’s an experiment: Ask 10 of the Jewiest Jews you can find, the ones with black hats and beards, get them drunk, and ask them if they would prefer that their daughter marry a white gentile or a Black Jew.
There are no links to the assertion that Jews who prefer to see the Jewish people survive are racists. The bigots who wrote the article are defining them that way. While there is of course racism among Jews, that hardly makes these lies truthful.
Has anyone ever said that Amish are racist for preferring to marry other Amish? No, only Jews manage to get that label.
The authors seem to be interested in settling scores and pretending to be superior to ordinary scholars who care about things like facts and data, which, they assert, “reconfirms hegemonic norms.” By contrast, the authors’ work is so amazingly brilliant that most other scholars cannot even understand them:

Consider, for example, that both of us have been pressed to defend the relevance and applicability of our respective work. We’re aware that the intention is not to indict our research per se, but to question the thinking and inquiry that we practice. It’s always difficult for us to answer this query because, like many of our colleagues, our projects are invested in disrupting precisely such knee jerk thinking, including the very presumption of “relevance” that underwrites the question.

In short, these are egomaniacs and bigots who think that they are better than everyone else.
Advertisement 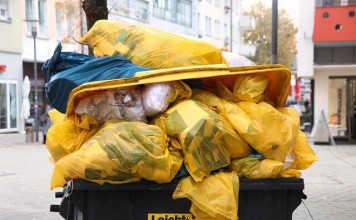