But as policy-makers in Riyadh realized the US might not back Saudi Arabia’s regional aspirations, tensions have reached new heights between the two longtime allies. “The way Syria has been handled by Washington was a source of frustration for Riyadh. They have been begging Washington for intervention. The fact that Obama changed his mind again and again has triggered a lack of confidence from Saudi Arabia,” Schanzer said.

“For now, Saudi Arabia doesn’t have other choices. They don’t have other alliances that they can rely on. But what worries me now is that the Saudi [leadership] might choose other foreign policy options that take place more in the shadows. They might support radical groups and this would mean the return of the Saudi Arabia of the 1980s-1990s,” he added.

US diplomacy in the Middle East has been staggeringly incompetent.

But notice that even now, with Saudi Arabia and Israel on the same side of the Iran debate, the kingdom can’t resist pretending that the situation between Israel and the PLO is still a key component to the region. Arab regimes have known for years that they could get support for their positions by invoking Israel, and old habits die hard. 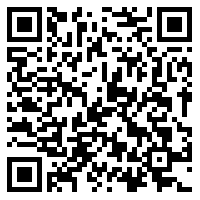